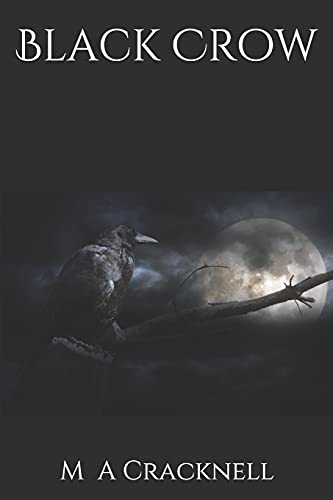 The emotionally complex and compelling landscape of revenge, rivalry, love and loyalty form the backdrop to a gripping adventure . Black Crow is the first book in M Cracknell's series. Shem Smith is a man with a mysterious past. As a teenager he and his brother Rafe were brutally kidnapped from their privileged positions and thrown into a savage world of slavery. Only good fortune and ongoing family support managed to free them from this fate. Now Shem is established as a formidable leader with a new identity. He has worked furiously to plot his revenge against those who wronged him; he has built his empire in order to be able to achieve the ultimate goal, hoping with all his heart that this will make his demons sleep, and the blackness which engulfs him fade away. Shem’s main adversary is the new riding officer – Hartright Mordesan- a gentleman out to make a name for himself. He soon finds himself immersed in the deception – taking more and more bribes to turn a blind eye. He realises quickly that he cannot win against the smugglers who have the locals on their side and the gentry in their pockets. His frustration grows as Shem makes a fool out of him time and time again and he takes drastic measures which leads to even more trouble.

Mandy Cracknell is an Author who lives, writes and sometimes dreams of writing so many more books in Pevensey Bay, Pevensey , 1066 Battle of Hastings Country, England. At its heart, Black Crow is a tale of Shem Smith's passionate attempt to find his identity and revenge all his enemies and is set in the Smuggling World of the early 18th Century, along the South Coast of England. M A Cracknell has the amazing talent of bringing characters to life. Black Crow comes alive and is an extraordinarily powerful and gritty piece of mystery drama. It is dark, brutal, and witty. It has passion, intrigue, betrayal and deceit. A sumptuous powerful jolly good read. Shem Smith’s history is hidden and his motives - and even his sanity - and are called into question by all, including himself. The tension builds slowly but steadily, until by the end of this explosive book, you simply cannot put it down. If you like Jamaica Inn, Poldark, and Moonfleet you will LOVE this book. M A Cracknell was born in London. Her parents from Notting Hill and spent much of her childhood in Pevensey. She now lives in Pevensey fulfilling her dream to live near the castle, and is a supporter of local historical Gaol and Museum. http://mandycracknell.wix.com/m-a-cracknell Note to Reader; - Language may be offensive to some readers and speech is in modern day.