Items related to Anatomy of a Novel: Powerball 33

Anatomy of a Novel: Powerball 33 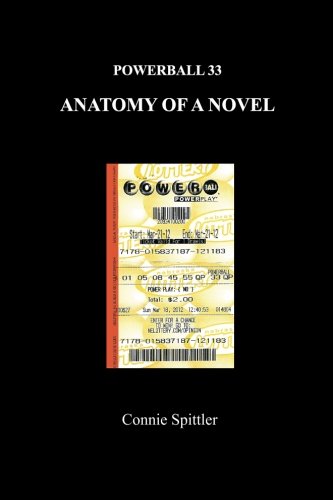 This is the story behind the story of POWERBALL 33, a novel about a young poet/handyman who wins the lottery and struggles balancing his simple life against sudden wealth. The novel has been called funny, poignant, thoughtful. This illustrated nonfiction looks at the themes running through POWERBALL 33, shows the inspirations for locations and characters. It includes photos, a discussion guide and a few poems written by the hero.

Connie Spittler, the author of POWERBALL 33 takes the readers on a behind the scenes look at the writing of her novel. The nonfiction book includes photographs and themes, as it delves into the inspiration for locations and characters. A NE/AZ writer, Connie has written award winning nature books and her work is found in over 15 anthologies alongside such notable persons as The Dalai Lama, Mikhail Gorbachev, Desmond Tutu, Deepak Chopra, Barbara Kingsolver and Terry Tempest Williams. Her writing has won a Rachel Carson honor and been part of a Willa Award.