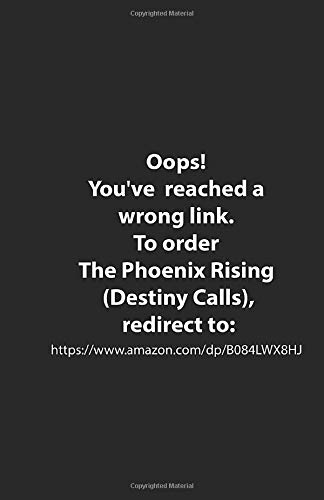 *Have you ever felt like you’ve been preparing for something...Bigger?*

Find out what Kay must sacrifice to help somehow familiar strangers bring about peace.

“After her parents reveal that they haven't been honest with her about her past, Kay leaves for South Africa feeling bitter and anxious.

Her excitement on arrival is cut short when she becomes a victim of a human trafficking ring operated by a large-scale poaching operation. She flees ... to a refuge called Ipharadisi.

There, she meets the majestic, menacing Queen Zaina and a handsome doctor named Erec.”

“With its emphasis on South African politics and current events, Arielle's novel is a refreshing departure from the well-trod ground of paranormal romance stories.

...The constant athletic competition among donga fighters will remind readers that despite the prevailing desire for peace, this is a warrior culture that must remain battle-ready. Kay's narrative voice, as written by Arielle, is well-suited to a promising young journalist, and she comes across as witty and observant but self-conscious and vulnerable. ...smart..." --Kirkus Reviews

If Kay can survive, she may just become the kind of PEACE seeking hero her classmates would never believe. Kay might even stumble through homesickness and loneliness into a surprising love.

Of course, our brave girl may instead discover the answer to something she never wanted to know the answer to:

What happens... when you die.

#Hold on to life

#And FACE YOUR FEARS

Book 1 in the Series

New York native Phenice Arielle majored in journalism at The Pennsylvania State University. Having worked in both print and broadcast media, she soon joined the pop culture hub MTV. Several years later, Phenice became credited for her work as an award-nominated singer-songwriter. The Phoenix Rising - Destiny Calls is her first major published work.