Items related to Dreams Die Hard, Truth Sets Free: A Triumph of the... 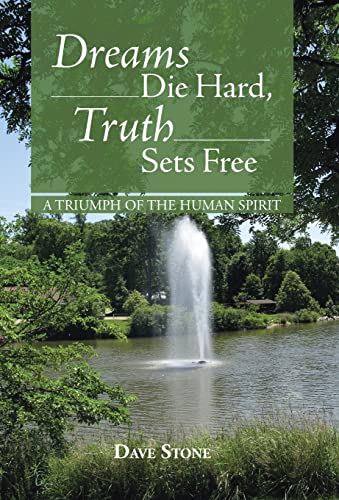 In May, she was in awfully bad shape, and it was clear that her time was getting short. Nevertheless, when the end came, it took me by surprise. I had been sleeping next to her and waking up at every little noise. She went into the toilet to relieve herself and had a heart attack while on the commode. I heard her fall and called her, but there was no answer. Jumping up, I rushed to her. She had fallen against the tub, gashing her head, and was bleeding heavily. I couldn't get her to wake up or completely stop the bleeding and had to leave her to call the emergency squad. After rushing back to her, I managed to stop the bleeding and held her in my arms, trying to help as much as I could. The emergency team still didn't come, so I called again, rushed back, and held her some more. I reminded her she had said she wouldn't leave me and begged her to hang on.

She told me she saw the most beautiful white light she had ever seen and had to go to it. I could not see it and was devastated to think that she was dying. Much more recently, as I have read the Bible and discussed it with my pastor, I have learned that this was the light of Jesus she could see, because she was seeing in the spirit. I find it very comforting to know that she was going to be with him. Just after she stopped breathing, they arrived at the door and resuscitated her. She was breathing as we got to the hospital. However, shortly after she arrived in the emergency room, the doctor came to tell me that she was dead.

[No ATA or au photo per CE issues]