Items related to The Maker 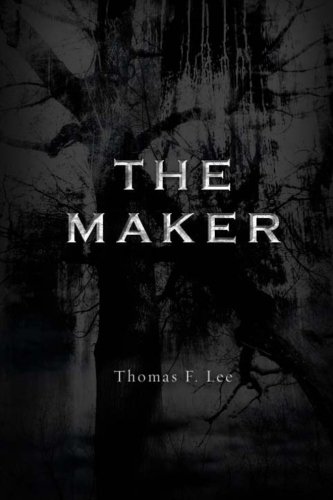 The Maker is the first novel by Dark Fantasy/Horror author Thomas F. Lee. Read bellow for a brief synopsis followed by an excerpt. Jeb Sheehan lost everything in pursuit of a secret; his life long obsession with his mother’s hidden past has plunged him into a nightmare that has robbed him of his wife and child, and has inflicted him with an ancient werewolf curse. Jeb's quest takes him from the streets of Manhattan to the forests of Nova Scotia, where he learns that sometimes the price of truth is darkness and the loss of humanity. Excerpt from The Maker: Straining to see through the falling snow, Jeb caught a glimpse of a flashing blue light high in the sky. It looked as though it were some sort of beacon from a plane or perhaps a building. He looked toward the tree line again and though the falling snow largely obscured it, he recognized it; he was in Central Park. He began to walk, directionless. The snowfall picked up until he could no longer see in front of him. He stopped and tried to cover his face, but without warning the snow shower stopped like a faucet being shut. Jeb rubbed his eyes and looked out. Across the field, a black mass sat like a dark island in a sea of white. Nausea ripped through him and he fell to the snowy ground. Though the shape remained sedentary, Jeb felt like he was being pursued, backed into a corner by an evil that was stronger than any good he had ever felt in his heart; weakness flooded him as he attempted to stand. A grip colder than anything born in winter found his shoulder. He turned to see his mother’s decaying face. Her eyes rolled back into her head and her mouth dropped open. She howled.