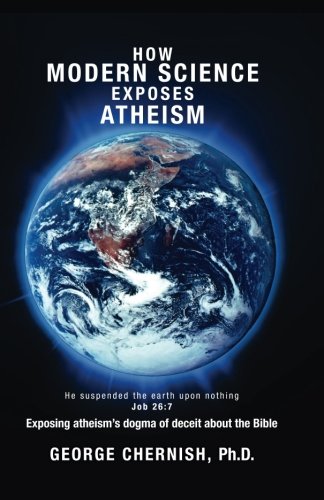 "In claiming that modern science has somehow shown that the Bible is based on fables and folklore," writes the author, who is that rare combination of both scientist and Bible scholar, "atheism continues to spin an evil web of deceit. For it can easily be shown that true science has — in no sense of the word — branded the Holy Bible as being a false guide. "Although not a book of science, the Bible (not infrequently) does comment on the subject in various ways. Whenever it makes such a statement, thousands of years in advance at times, it always turns out to be accurate and true. "Yes, far from discrediting it, true science actually substantiates the Bible Record. It can be shown that even mathematics — the 'handmaiden of the sciences' — supports that Book of Books so scorned by atheists." Science by science, from "A" to "Z", the author presents a remarkable pattern of evidence in support of the Scriptures. The account is fascinating, and commands the reader's constant interest. Even the chapter on "Mathematics and the Bible," with its startling statistics, provides ample food for thought. In scoffing at many of the Scriptural accounts, atheists often called them "bedtime stories" or "campfire tales." However, due to ongoing discoveries, their ridicule has been gradually toned down. This book explains how the findings of modern-day science confirm what the Bible has been telling us for many, many centuries. Where was man's ancestral homeland? . . Was there really a worldwide flood? . . Is there any scientific support for the Bible's claim that some men, in ancient times, lived for hundreds of years? The foregoing represents only a fraction of the Biblical items addressed by the author. From Anthropology to Zoology, the reader is enthralled by this serious, yet entertaining account.