Items related to The Song of Anger (The Cleaven Gene)

Perazzini, Suzanne The Song of Anger (The Cleaven Gene)

The Song of Anger (The Cleaven Gene) 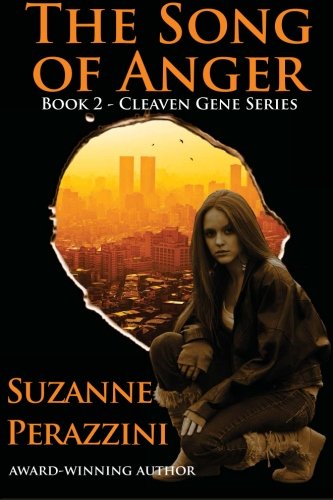 The presence in Amber of the Cleaven gene means that torment is her constant companion. On completing her rehabilitation on a prison ship which houses those who have been identified with this violent gene, she is recruited by the police to scour through police files looking for tell-tale signs of others similarly inflicted. By night, under guidance of the secret Tracker Guild, she prowls the streets with her man, Jaden, to catch those with the gene using their associated gifts. Amber has the ability to pick up the emotions of those about her while Jaden reads others’ thoughts with stunning clarity. In a police report of a kidnap victim’s escape, Amber identifies the perpetrator as a possible target. With Frank, a skeptical detective, by her side, she plunges into a nightmare with a gifted opponent who turns the chase into a game of kill or be killed. Meanwhile the Guild discovers an enclave of gifted homeless people who are being targeted by a criminal organisation. These two stories collide threatening all their lives and along the way Amber is forced to face the private hell of her own violent past.