Items related to Pestilence - A Medical Thriller (The Plague Trilogy)... 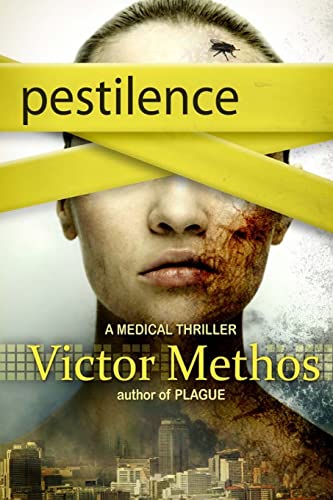 A RACE AGAINST THE CLOCK... The most lethal virus in history has begun its spread to the mainland United States. Fast-spreading and with the ability to take over the host's immune system, the pathogen seems unstoppable. A FIGHT FOR SURVIVAL... Dr. Samantha Bower of the Centers for Disease Control has encountered the virus before and it nearly cost her her life. Now, with the disease spreading among the civilian population at an incredible pace, the military has stepped in and declared martial law. Dr. Bower's own sister is caught in the middle when she is apprehended in the quarantine zone. Samantha must fight not only the worst nature has to offer, but her own government as well if she wishes to save her family. A LOOMING THREAT... A mysterious man is killing those that could stop the virus. Leaving a trail of bodies in his wake, his motivations are unclear. And he has chosen a new target: Samantha Bower. ABOUT THE AUTHOR Victor Methos is the author of over twenty bestselling books, including The White Angel Murder and Superhero, both Kindle Top 100 smash hits. His short fiction has appeared in literary journals and science fiction magazines across the United States and United Kingdom. Coming from a background in mathematics and philosophy, Mr. Methos is currently on a quest to climb the Seven Summits: the seven highest peaks on each continent.