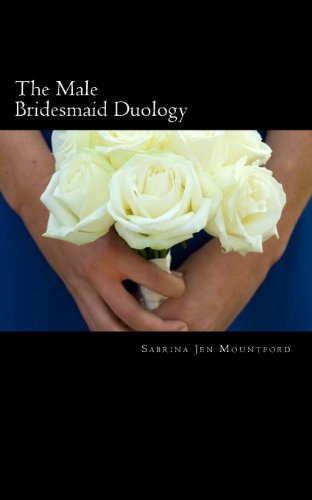 Get both Male Bridesmaid : Female Domination, Chasty & Forced Feminization stories in one volume!

However Alison is open minded, and so is her sister. Gradually, Alison starts to assert her 'aversion therapy' onto Gary, keeping him locked up snugly in a chastity device, denying him any release and forcing him to wear womens lingerie.

The trouble is, Alison begins to enjoy dominating Gary, and when her sister Sarah gets involved things take another turn for the worse and Gary ends up being bullied into being fully feminized to be a bridesmaid at Sarah's wedding.

Throughout the story, Gary is humiliated, embarrassed, and dominated... When he is offered a final choice, go back to their vanilla life, or submit to being dominated, feminized and kept in a state of permanent denial indefinately - what will he choose?

While Sissy Paige is away being trained under the watchful eyes of the sadistic mistresses, Samantha Fisher, Anita and Dr. Eve Wilshaw - the threat of Alison following through with her threats to go 'speed-dating and see where it goes', are ever present. In the end, Sissy Paige doesn't come through the harsh maid training unscathed, the routine of seventeen hour days, forced feminization and strict orgasm denial, with strict discipline, bondage and merciless corporal punishment, having had a lasting effect on him.

The effects of Dr Eve's hypnotism session have effectively tamed Sissy Paige, making him totally submissive and subservient, embracing his forced feminization and submissiveness... When Alison comes to collect her 'property' will she be happy with the results? Will she have already taken a lover?

How will Sissy Paige adapt to his new life as Alison's property? As her forcibly feminized, chaste, sissy-maid?