Items related to Fiji:The Beginning (Taming of the World) (Volume 1) 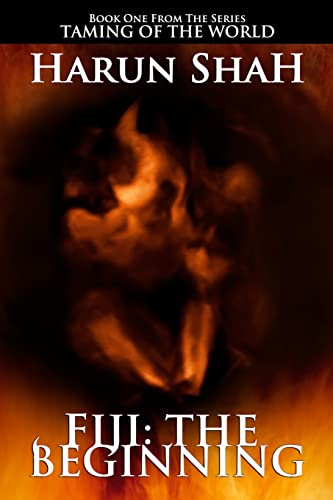 The mythical, dark night of Amawus, and grim warnings of its consequences, do not deter Maya Smith and her friends from sneaking out onto the open waters of the South Pacific. The night begins playful and daring, but quickly digresses into a horrendous nightmare when the girls are faced with a series of strange encounters. Yet their nightmare only begins when the girls return from their ill-fated journey and realize that what they bring back to the little community of Momi Bay is the vengeful ghost of Mariam Smith. Shunned for being barren during her brief life, Mariam returns determined to unleash a terror of unimaginable proportions. Warned not to utter a word of their terrifying experience for a period of three months, the young women seek solitude, waiting for the time to elapse, unaware that the darker forces are gaining in strength, becoming even more powerful than the Island's most sacred witchdoctors. As the end of the three months approaches, something sinister begins to awake; something the whole world has forever feared... the birth of Satan as a mortal.

Formally from the sunny Fiji Islands and graduate of Xavier College and Fiji Institute of Technology, Harun Shah currently resides in Maple Ridge, British Columbia, Canada with his wife, three children and a granddaughter. He works with mentally challenged individuals and is a writer of paranormal fiction, and a film producer. His debut novel Fiji: The Beginning has been adapted into a screenplay.