Items related to Legendary Scientists: The Life and Legacy of Albert...

Legendary Scientists: The Life and Legacy of Albert Einstein 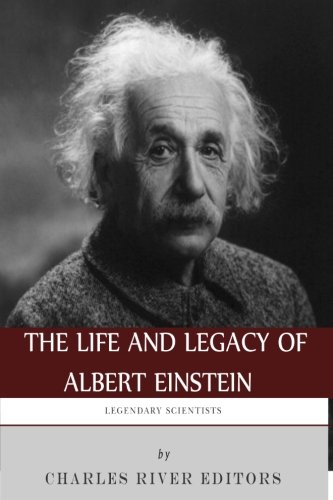 *Includes pictures of Einstein and important people and places in his life.
*Includes a list of Einstein's most colorful quotes and quotes about his life and views.
*Includes a Bibliography for further reading.
“Nature shows us only the tail of the lion. But there is no doubt in my mind that the lion belongs with it even if he cannot reveal himself to the eye all at once because of his huge dimension.” – Albert Einstein
Albert Einstein (1879-1955) needs no formal introduction. He is remembered around the world as one of history’s most brilliant geniuses, and one of its most influential scientists. Einstein is often regarded as the father of modern physics, and he received the 1921 Nobel Prize in Physics "for his services to theoretical physics, and especially for his discovery of the law of the photoelectric effect". And though he is best known for his contributions to science with over 300 scientific papers, the witty Einstein also wrote over 150 non-scientific works, many of them infused with his humor. The entire package of his life and career has ensured that people continue to describe intelligent people as “Einsteins”.
Einstein’s greatest and most famous theory is the theory of relativity, which fundamentally changed the understanding of physics and astronomy during the 20th century. When first published, relativity superseded a 200-year-old theory of mechanics put forth by Isaac Newton. The theory of relativity overturned the concept of motion from Newton's day, into all motion is relative. Time was no longer uniform and absolute. Therefore, physics is no longer understood as space by itself, and time by itself. Instead, an added dimension had to be taken into account in the form of curved spacetime. Time now depended on velocity, and contraction became a fundamental consequence at appropriate speeds.
With Einstein’s theory of relativity, cosmology and astrophysics have been able to explain some of the most mysterious and amazing workings of the universe, including neutron stars, black holes, and gravitational waves. More than half a century after his death, Einstein remains the foundation that today’s astronomers and astrophysicists rely on in their studies.
Legendary Scientists: The Life and Legacy of Albert Einstein profiles the life and legacy of the famous scientist, while examining his career and contributions to science and technology. Along with pictures of important people, places, and events, you will learn about Einstein like you never have before, in no time at all.