Items related to EFT Encounters with a Trapped Angel: A Journey with...

De Villiers, Tanya EFT Encounters with a Trapped Angel: A Journey with EFT and Cerebral Palsy

EFT Encounters with a Trapped Angel: A Journey with EFT and Cerebral Palsy 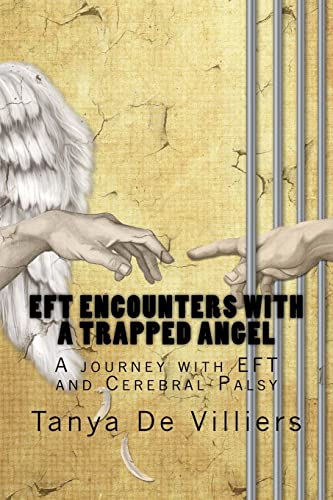 This journey, that was inspired by a dream, literally awakened my awareness. A thirty day case study, measuring the effect that EFT had on the motor development of a boy with Cerebral Palsy, evolved in a lifetime's worth of lessons in life. This five year old boy with Cerebral Palsy stole the heart of many people all over the world and change my perspective on old limitations and excuses we have regarding not being able to reach a goal or our own dreams. I am truly grateful, for being invited and guided by Divinity to participate in this journey. During the case study Emotional Freedom Technique (Founded by Gary Craig) and Matrix Reimprinting (Founded by Karl Dawson) has been used as tools to facilitate improvement. The results were nothing short of a miracle. So much has happened in thirty days. Improvements noted during the thirty days, can be seen on my YouTube channel: tanyaontapping. www.youtube.com/tanyaontapping.

Tanya De Villiers was born in a small town close to the Vaal and Klip River, called Meyerton in South Africa. She complete her Bachelor’s degree in Human Movement Sciences and was selected to complete her Honors degree in Kinder-kinetics. In 2004 she was awarded her Master’s degree in Kinder-kinetics and has published two articles in a medical journal on water activities and children with disabilities. After working in the UK as a Lecturer and therapist at different Institutions for three years, she returned back to South Africa with her husband. From 2007 to 2011 she managed to build a practice that served literally hundreds of children a month, educating them on a healthy lifestyle and optimal development through movement. In 2011 she completed a NBI course of Dr Kobus Neetling and the need for children to be optimally integrated became to her apparent. She completed the EFT level 1 and 2 course as well as the Matrix Re-imprinting standard and Advanced course. She is a great believer that children need positive reinforcement especially in their forming years from 0 up to 7. To her it has become apparent that we are not there just to educate children on right and wrong but open ourselves to be taught BY the children’s deeper understanding of love. They are love and they must be loved, because only with unconditional love they and us will be formed into our true potential. Tanya is the founder of www.eftelite.com and co-founder of Emotive Solutions Inc.

1. Eft Encounters With a Trapped Angel : A Journey With Eft and Cerebral Palsy