Items related to On the road with DORIS

Sleater, Mike On the road with DORIS

On the road with DORIS 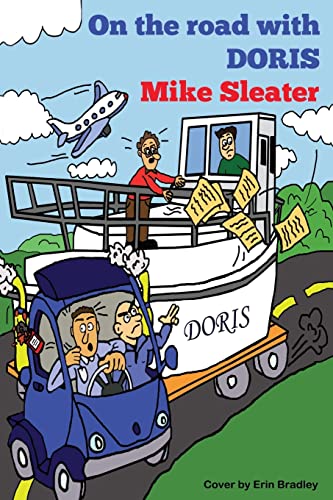 An intrepid bunch of reluctant sailors are press-ganged into the journey of a lifetime. Regardless (and ignorant) of the risks and blood fired by tales of adventure as recounted by Paddy, the only experienced traveller amongst them, they embark on a hazardous journey into the unknown, ill equipped in all departments, especially skill and mental agility. The travellers had to contend with terrorists and cocaine smugglers, British, French and Spanish customs checks, toll booths, The Mafia and foreign motorway restaurants. Cramped together in the cockpit of their craft their nerve and resolve are continually put to the test and relationships are put under the microscope to be examined closer than ever before. Chaos ensues and a trail of destruction follows them to their destination, Benidorm. Will their friendship transcend the trials of close living under the stressful conditions that destroyed lesser mortals? Their journey is further complicated by the skulduggery of smugglers, intent on using the naive Mancunians as couriers for mysterious contraband and further dogged by the attention of deadly terrorists and incompetent robbers who are well past their worst. Can they survive?