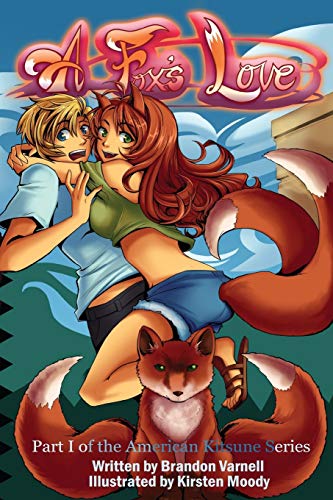 The story of a boy, a fox, and a lot of fanservice... Kevin Swift has the worst luck with women. It’s not that he’s unattractive or even unpopular. He just can’t talk to them. He blames it on all of those shonen love comedies that he enjoys watching. Fortunately, or unfortunately--depending on who’s asking--Kevin’s love life is about to start looking up. After saving a fox, Kevin discovers that he actually rescued a kitsune, a shape-shifter capable of transforming into a beautiful girl who appears to have popped right out of the pages to a shonen manga. Her name is Lilian, and she’s decided that he’s going to be her mate--whether he likes it or not! Between dealing with an overly amorous vixen’s zealous attempts at getting into his pants, his inability to talk to girls and school, Kevin is going to have his hands full.

Ever since he first discovered his love for writing while going to the Art Institute of Phoenix to earn his bachelors degree in Game Art and Design, Brandon Varnell has been writing as more than just a means of expression, but as a way to give his imagination life. Though this may be the first novel he has ever published, he has written many works of fanfiction...which unfortunately cannot be published because he does not own the fandoms they belong to. Brandon likes to spend most of his time reading tales of fantasy and fiction, writing tales of fantasy and fiction, watching anime and playing Zelda while dressed in Link cosplay. Don't worry. It's not a disease. He's just weird like that.