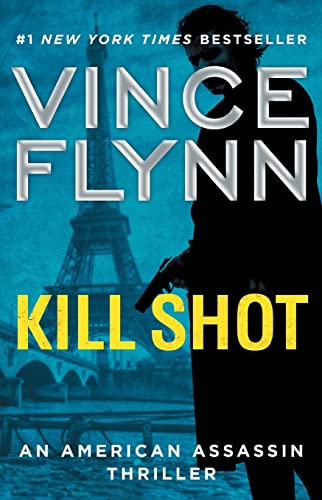 In the year since the CIA fully trained and then unleashed him, Mitch Rapp has been steadily working his way through a list of men, bullet by bullet.

His latest target takes him to Paris but in the split second it takes the bullet to leave Rapp’s silenced pistol, everything changes. The tables have turned, and Rapp finds himself brutally outnumbered. In the same instant, he has become a liability.

Operating on his own and outside the control of his handlers, it soon becomes clear that nothing is more dangerous than a wounded and cornered man. Because if anyone can survive and come out on top, no matter whom he must kill to get there, it’s Mitch Rapp.

The stakes are higher than they’ve ever been as Mitch Rapp embarks on the journey that will turn him into America’s most deadly asset. The non-stop and realistic action proves that “Flynn is a master—maybe the master—of writing thriller novels in which the pages seem to turn themselves” (Bookreporter).

"Flynn is a master -- maybe "the" master -- of writing thriller novels in which the pages seem to turn themselves." --Bookreporter.com