Items related to Gone to Dust 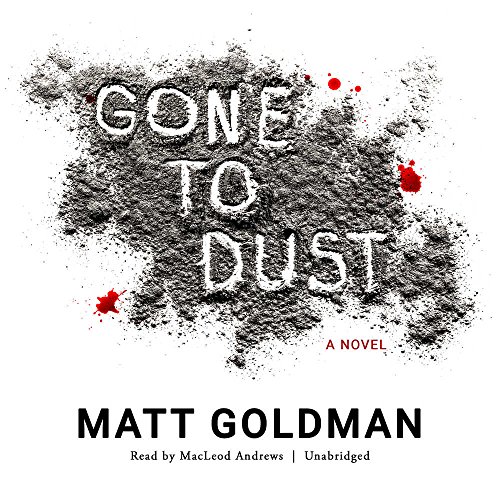 A brutal crime. The ultimate cover-up. How do you solve a murder with no useable evidence?

Private detective Nils Shapiro is focused on forgetting his ex-wife and keeping warm during another Minneapolis winter when a former colleague, neighboring Edina Police Detective Anders Ellegaard, calls with the impossible.

Suburban divorcee Maggie Somerville was found murdered in her bedroom, her body covered with the dust from hundreds of emptied vacuum cleaner bags, all potential DNA evidence obscured by the calculating killer.

Digging into Maggie's cell phone records, Nils finds that the most frequently called number belongs to a mysterious young woman whose true identity could shatter the Somerville family but could she be guilty of murder?

After the FBI demands that Nils drop the case, Nils and Ellegaard are forced to take their investigation underground, where the case grows as murky as the contents of the vacuum cleaner bags. Is this a strange case of domestic violence or something with far reaching, sinister implications?

Matt Goldman is an Emmy Award-winning television writer. He wrote two seasons on Seinfeld, as well as many other shows, one as a staff writer and the second as a story editor. Goldman won an Emmy Award for his work on Wizards of Waverly Place, was nominated for a Writer's Guild Award for his work on Seinfeld, and received special recognition from the Academy of Television Arts and Sciences for his contribution to ''The Puppy,'' the Emmy Award-winning episode of Ellen.

''A clever mystery that starts with a unique crime scene, mixes in a package of red herrings, and tops off the plot with Nils Shapiro, a private eye who is as interesting as his name.'' --Phillip Margolin, New York Timesbestselling author

Book Description CD-Audio. Condition: New. Unabridged. Language: English. Brand new. Irreverent Jewish private investigator Nils Shapiro is just trying to stay warm, get over his divorce, and solve a murder that has no usable evidence. The police department of Edina, Minnesota, is stymied when they discover a murder victim covered in the dirt and dust of empty vacuum cleaner bags. The dirt contains the DNA of thousands of people and has covered the killer's forensic trail.Not knowing where to begin, Edina Police Detective Ellegaard hires an ex-colleague turned PI, Nils Shapiro. While the police follow standard procedure, Nils takes a less direct route and discovers that both the victim and the lead suspect are tied to Minnesota's Somali community--and somehow to the FBI as well. Trying to stay one step ahead of the FBI, Nils and Detective Ellegaard are forced to take their investigation underground, where the case grows as murky as the contents of the vacuum cleaner bags. Only Nils' hard-learned lessons about love and the pain left in its wake give him the clarity to solve the crime. Seller Inventory # AAS9781504768818