Items related to Patton: And His Third Army

Patton: And His Third Army 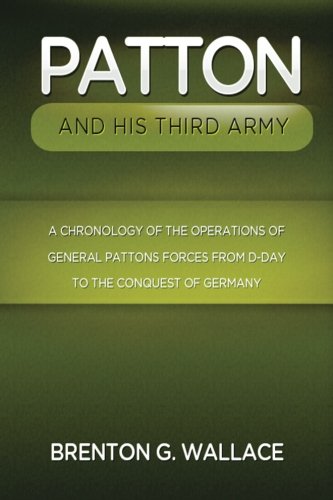 Ol’ Blood and Guts’ head of liaison officers Colonel Brenton G. Wallace tells the story of the famous general as he saw him at the head of the Third Army during World War II. “The powerful Third Army with its famous leader, General George S. Patton, Jr., which in ten months roared through France, Belgium, Luxembourg, Germany, Czechoslovakia and Austria, crushing at every turn the German war machine which in 1940-42 was considered the most powerful army in the world, have now passed into history. Before the memory of the great days of these campaigns as well as the close association with this famous American fighter grow dim, it might be interesting to jot down the story of the events as they unfolded and a few personal impressions of our leader. This therefore is the story of The Third Army and its great commander.