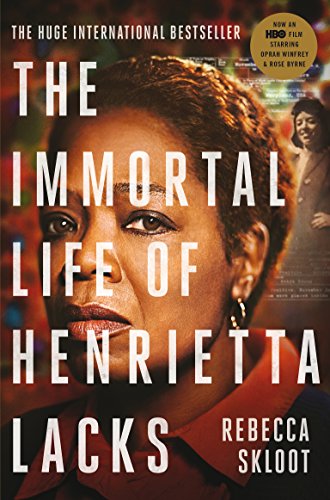 REBECCA SKLOOT is an award-winning science writer whose articles have appeared in the New York Times Magazine and O, the Oprah Magazine, among others. She has worked as a correspondent for NPR's RadioLab and PBS's Nova ScienceNOW, and blogs about science, life, and writing at Culture Dish, hosted by Seed magazine. She also teaches creative nonfiction at the University of Memphis. Visit her website at rebeccaskloot.com.

2. The Immortal Life of Henrietta Lacks

Book Description Paperback. Condition: Very Good. The book has been read, but is in excellent condition. Pages are intact and not marred by notes or highlighting. The spine remains undamaged. Seller Inventory # GOR008355831

3. The Immortal Life of Henrietta Lacks

Book Description Paperback. Condition: Good. The book has been read but remains in clean condition. All pages are intact and the cover is intact. Some minor wear to the spine. Seller Inventory # GOR008726883

4. The Immortal Life of Henrietta Lacks

Book Description Paperback. Condition: Fair. A readable copy of the book which may include some defects such as highlighting and notes. Cover and pages may be creased and show discolouration. Seller Inventory # GOR009259365

6. The Immortal Life of Henrietta Lacks

Shipping: US$ 7.51
From United Kingdom to U.S.A.
Destination, rates & speeds