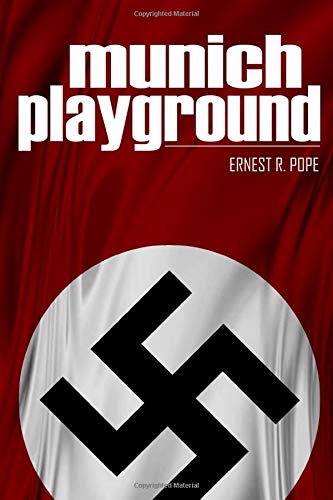 Dateline 1941: Hitler's forces have smashed into western Europe, defeated France, threatened England, and attacked Russia. Many people think of them as "an awe-inspiring group of ascetic, fanatic, and inhuman supermen." Ernest R. Pope knew all too well how illusory this idea was. As senior correspondent for Reuters in Munich from 1936-1941, American Ernest Pope saw the cruel and outrageous behavior of Nazis in their native habitat. In Munich they ran wild, let their hair down, and indulged in every fantasy money and power could avail them. Pope has all the gossip...and the confirmed stories. "I have seen the leading actors in the Nazi tragedy, playing their parts on the Bavarian stage. Long before the climax—the outbreak of the war—I knew what the denouement in Hitler's theater would be." Pope knew, saw, and/or interviewed all the top Nazis and dozens of lower-level officials, including some of Hitler's security. He saw the Nazis for what they were: a corrupt, debauched, all-too-human menace. Once back in the U.S., Pope let loose his frustration and ire at what he'd seen—but couldn't write about when he was reporting from Germany. With great humor and fast-paced prose, he writes of encounters with Hitler, Hess, Streicher, and many more. He was in Munich during the fated compromise with Chamberlain. He reported on the Nazi invasions of Austria and Czechoslovakia. He reported on Hitler's obsession with Dorothy van Bruck's "blitz-tease" and he knew Hitler's English girlfriend, Unity Mitford. Pope turns his savage wit and erudition on his former hosts. Fluent in Bavarian German dialect, Pope made many friends in Munich with citizens and officials alike. He heard jokes from Munichers that could get them thrown in a concentration camp and he poked fun at Nazis whenever he dared. You won't find another account like this of the Nazis in their favorite playground. Pope turns serious in the final chapters. As he left Germany, he knew he was saying goodbye to friends he would never see again.

Book Description Paperback. Condition: Very Good. 2013 paperback no marks in text and is in very good conditionAND AS ALWAYS SHIPPED IN 24 HOURS; and emailed to you a USPS tracking number on all orders; all books are sanitized and cleaned for your protection before mailing. PLEASE NOTE OVER SEAS BUYERS if the book extra large or heavy there will be additional postage due to the new US Postage rates. Seller Inventory # 210331069pack