Items related to Beyond Telepathy 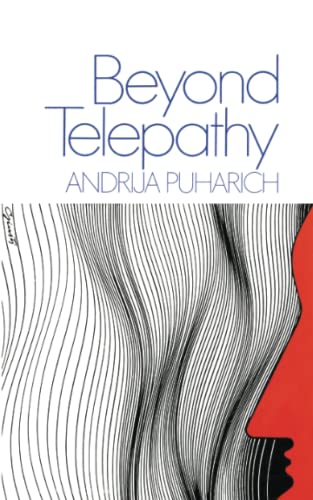 Long unavailable in the U.S., this is one of the very best books available on the subject of psychical research - a subject that has a much wider audience today than when the book was first published in 1962.

Here Dr. Puharich presents a coherent theory relating phenomena such as ESP, astral projection, meditative states, and shamanism. This is a stimulating attempt to relate psychical research to the physiology of mankind.

In the first part of the book, Puharich brilliantly and lucidly presents the evidence for a nuclear psi entity or component, called "psi plasma," which, he maintains, can exist independently of the physical body. Conventional science has ignored this area of research because the phenomena is hard to reproduce in the lab, on demand.

The latter part of "Beyond Telepathy" analyzes the biological, physiological, and psychological conditions leading to the control of Psi Plasma, so that its activity can be demonstrated, to order, on demand.

This special revised edition includes a new introduction by Ira Einhorn, co-founder of Earth Day and an early web developer, who worked with Jacques Vallee, Jack Sarfatti, and other scientists in setting up the Internet in its early days.

Andrija Puharich is a neurologist. After completing his studies at the medical school of Northwestern University, he set up his own laboratory in Maine for the study of extrasensory perception. A stint with the U.S. Army at its chemical center aroused his interest in hallucination-producing mushrooms, leading to his first book, "The Sacred Mushroom."