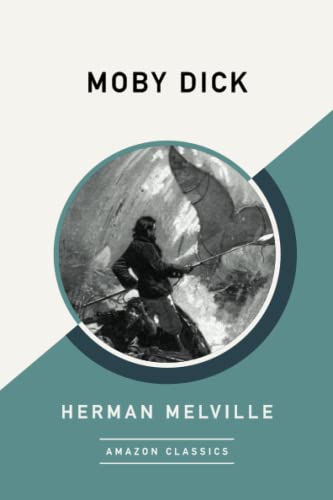 Ignoring prophecies of doom, the seafarer Ishmael joins the crew of a whaling expedition that is an obsession for the ship’s captain, Ahab. Once maimed by the White Whale, Moby Dick, Ahab has set out on a voyage of revenge. With godlike ferocity, he surges into dangerous waters—immune to the madness of his vision, refusing to be bested by the forces of nature.

An exhilarating whaling yarn, an apocalyptic theodicy, a tragic confessional, and a profound allegory, Moby Dick encompasses all that it means to be human—from the physical and metaphysical to the spiritual and emotional. Full of strange wisdom and wild digressive energy, it’s a singular literary performance universally regarded as one of the great American novels.

The son of a modest dry-goods tradesman, Melville was mostly self-educated before embarking on a life as a sailor aboard whaling ships. The experiences at sea would inform his novels Typee, Omoo, and eventually his most ambitious work, Moby Dick. After a cool critical reception of his novels, Melville turned to the more profitable career of writing short stories and, as a more personally fulfilling venture, two volumes of poetry. At the time of his death, Melville passed unnoticed by the literary world. Today he is considered one of the most innovative and influential American writers of all time.