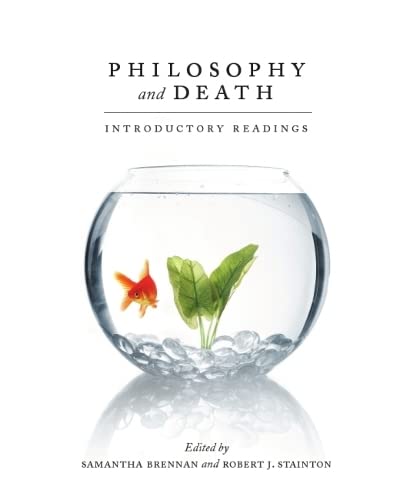 Philosophical reflection on death dates back to ancient times, but death remains a most profound and puzzling topic. Samantha Brennan and Robert Stainton have assembled a compelling selection of core readings from the philosophical literature on death. The views of ancient writers such as Plato, Epicurus, and Lucretius are set alongside the work of contemporary figures such as Thomas Nagel, John Perry, and Judith Jarvis Thomson.

Brennan and Stainton divide the anthology into three parts. Part I considers questions about the nature of death and our knowledge of it. What does it mean to be dead? Is it possible to survive death? Is the end of life a mystery? Part II asks how we should view death. What (if anything) is so bad about dying? If death is nothingness, should it be feared or regretted? Part III examines ethical questions related to killing, particularly abortion, euthanasia and suicide. Is killing ever permissible? Under what conditions or circumstances?

Samantha Brennan is Professor of Philosophy and Chair of the Philosophy Department at The University of Western Ontario.

Robert Stainton is Professor of Philosophy and Associate Dean (Research) at The University of Western Ontario.

“Most undergraduate philosophy programs feature a course which deals, at least in part, with issues of life and death: abortion, suicide, euthanasia, etc. Those of us who have taught such a course know the problem: how to locate a suitable collection of readings. Samantha Brennan and Rob Stainton have solved that problem. The essays in this volume cover the territory from the nature and badness of death to the ethics of killing. They suit my teaching needs exactly and probably will yours as well.” ― Wayne Sumner, University Professor Emeritus of Law and Philosophy, University of Toronto

“Philosophy and Death: Introductory Readings is an intriguing anthology that includes key texts, both ancient and recent, on the philosophy of death. It will enrich and respond to the interests many undergraduate students have concerning the nature of death and its implications for how we live our lives. The book includes articles on the broad epistemological, metaphysical, ethical, and axiological questions about death, coupled with applications to the topics of abortion, euthanasia, and suicide. This approach makes it relevant and useful to courses in both theoretical and applied philosophy.” ― Christine Overall, Queen's University

“Philosophy and Death is a well-organized, even-handed, and comprehensive anthology about the nature of death, personal identity, the evil of death, and the wrongness of killing. It consists of a sensible mix of contemporary and historical pieces, including well-known selections from Plato and Epicurus; classic articles on death, immortality, abortion and euthanasia by Nagel, Williams, Thomson, and Rachels; and other thought-provoking papers on resurrection, feminism, and the wrongness of killing animals. It is certain to be of great value to anyone teaching undergraduate courses on philosophical issues pertaining to death, and would also serve as a fine introduction to philosophical thought more generally.” ― Benjamin Bradley, Associate Professor of Philosophy, Syracuse University