Items related to The Mistress (Mira) 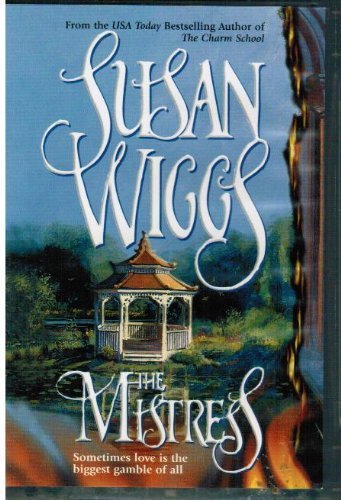 Most days Kathleen O'Leary is a penniless maid. But tonight she takes a risk and masquerades as a glamorous heiress, thanks to a borrowed gown and her friends' sense of adventure. To her surprise, the ruse succeeds--even Dylan Kennedy, Chicago's most eligible bachelor, seems enraptured. But like Kathleen, Dylan isn't who he says he is. And before their true identities can be revealed to one another, fire erupts, sending rich and poor alike running for their lives. Now, though virtually strangers, Kathleen and Dylan must rely on each other for survival. And when the embers cool, they'll find that the greatest risk has been to their hearts....

Beautiful Kathleen O'Leary works as a maid at an exclusive girls school where she has been befriended by three rich students. One evening, the high-spirited girls convince Kathleen to dress in borrowed diamonds and silk and accompany them to a masquerade at the Hotel Royale in Chicago. Here, Kathleen catches the eye of the city's most eligible bachelor, Dylan Francis Kennedy, and the two are instantly attracted to each other. Fate intervenes when the two are caught in the midst of the great Chicago Fire of 1871 and, convinced they're about to die, they impulsively marry. Amazingly they survive, and Kathleen is faced with the difficult task of confessing her real identity to her new husband. To her shock, she learns that Dylan is also a fraud. Far from being a rich gentleman, he's a con artist, intent on marrying an heiress and taking her money.

How will the Irish maid and the gambler deal with being tied together in a marriage that began with deception? They've escaped death in the Great Chicago Fire, but can they survive the bonds of matrimony and the very real threat to their hearts? Especially when Kathleen is determined to reform him and Dylan is just as determined to separate marks from their money in this tale of dangerous games and wild adventure.

In this second installment of the trilogy that began with The Hostage, Susan Wiggs creates a classic love story of a flawed hero who learns the meaning of love through trial, travail, and the passionate heart of a good woman. The story expertly meshes the high drama of a city ablaze and the lively action of a great con game, adds an equal slice of 1870's historical ambiance, and tops it all with expertly drawn characters. Wiggs just keeps getting better and better. --Lois Faye Dyer

When Susan Wiggs's recent novel, Fireside, landed at #1 on the New York Times bestseller list, the author responded by jumping fully clothed into her swimming pool. In February. In the Pacific Northwest. After thawing herself out, the author put on her lipstick and vacuumed the living room. Why? Because on the tiny island where she lives, news travels fast. She knew her girlfriends would show up momentarily - which they did - with the customary champagne and bags of Cheetos. She toasted her loyal readers, whose unflagging interest in her books propelled her sales upward. She toasted her friends and family as well, since they have always been the source of her inspiration. From the very start, her writings have illuminated the everyday dramas of ordinary people. At the age of eight, she self-published her first novel, entitled A Book About Some Bad Kids. Today, she is an international best-selling author, with millions of copies of her books in print in numerous countries. Her Lakeshore Chronicles novels celebrate the power of love, the timeless bonds of family and the nuances of human nature that make headlines every day. She lives on an island in the Pacific Northwest and is perpetually working on her next novel.

Book Description Durkin Hayes Pub Ltd 2000-10-01, 2000. Audio Cassette. Condition: Very Good. Item is in very good condition. If supplemental codes/CDs for textbooks are required please contact us prior to purchasing as they may be missing. Seller Inventory # DS-1552042367-2

Book Description Durkin Hayes Pub Ltd. Audiobook CASSETTE. Condition: Very Good. 1552042367 May have highlighting or writing and wear to cover. May not include supplemental items like CDs or access codes. A portion of your purchase of this book will be donated to non-profit organizations. Over 1,000,000 satisfied customers since 1997! We ship daily M-F. Choose expedited shipping (if available) for much faster delivery. Delivery confirmation on all US orders. Seller Inventory # Z1552042367Z2