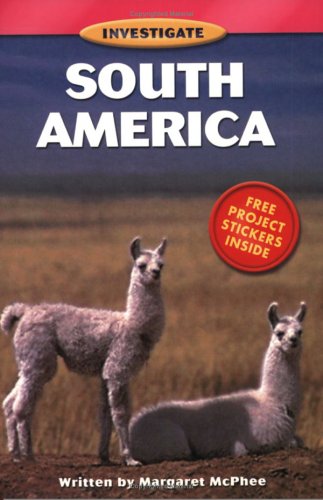 Some of the most colorful and amazing creatures in the world make the continent of South America their home. The jaguar (the biggest cat on the continent), the anaconda (the biggest snake in the world), the sloth (often covered with green algae) and the toucan (a bird with an enormous beak and bright feathers) are just some of these. Find out about South America's jungles, Spanish past and lost cities. They're all in this book! User-friendly maps let you know exactly where everything is. You'll find each colorful flag displayed for each country. And look out for the page of removable stickers in the center and the interesting activity, useful glossary and index and the end of the book.

Founded in 1977, Whitecap Books has grown to become one of the top ten Canadian-owned book publishing and distribution companies. During the 1970s and early 1980s Whitecap made a name for itself as Canada's foremost producer of full-color gift and coffee table books on Canadian provinces, cities, and natural wonders. The company continues to publish in this area and has launched a 27-book series on Canada and 36 books in the America Series.