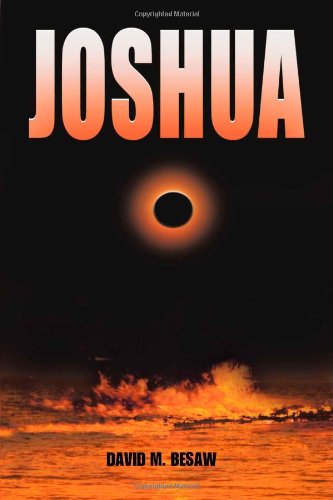 Joshua, set in Iran and Canada, is an exciting, engrossing and philosophic fiction, embracing Jewish history, Middle East politics, apocalyptic beliefs, and international espionage and terrorism as the millenium draws to a close. It is a novel suited for the world we know today, arising out of the terrorists' attack of September 11, 2001 in the USA. Joshua is about Joshua Goldberger, posted in Iran in 1999 to work on a hydropower development, and of his physical journey of survival in a land where he is caught in an intricate web of espionage, and escapes from Iran and embarks on a journey of self-discovery.

The spelling of a surname is important, and whereas the author's name may appear unusual and uncommon, it in itself is a story that transcends time and the Atlantic Ocean, and thus a short explanation is in order. The author is of French ancestry, and bloodline of a one Francis Besson who lived in Holyrood in Newfoundland starting in1792, coming from Port St. Malo, Normandy, France. James, the son of Francis moved to the Port au Port Peninsula on the west coast of the island where the anglicized, present-day spelling of the surname, Besaw, is used. The descendants of Francis, who remained in Holyrood, currently spell their anglicized name Besso, i.e., without the 'n'. The author was born in 1949, delivered by a midwife, in an isolated and remote community of several hundred people, called Three Rock Cove, on the Port au Port Peninsula, Newfoundland, Canada. Three Rock Cove is a picturesque recess in the shoreline facing the Gulf of St. Lawrence and you've guessed it -- the cove had three rock islands in it. Yes, had -- one island is now eroded and hidden below water during high tide. By the age of five the author had moved 7 km to a larger center, Lourdes, and spent his formative years growing up clamming on the sandy beaches of beautiful Port au Port Bay. He presently resides with his family in Niagara Falls, Ontario where he works as a geologist employed with an international engineering company. Beginning in 1980, his professional career developed into an international travelling life-style and since then has worked in East Africa on the Nile and its tributaries, in Central and South America, Iran and parts of Asia on hydro-development related work. It is from the overseas exposure he has developed an interest in the antiquities, the mysteries of the bible, the early white explorers in east Africa, Ethiopia - the land of Prestor John, the major rivers of the world - the Nile River, the Amazon River and the rivers of Mesopotamia. His international background has provided the experience to write the fictional story, Joshua, a book in which conflict and motivation stem from history.