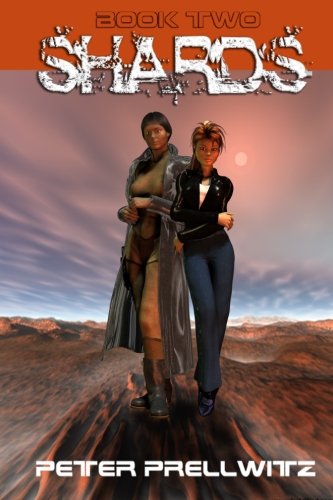 At the age of sixteen, Abigail Wyeth was thirty-three years old. Born in the twentieth century, she now lived in the twenty-seventh. Having died in 2026 at the age of thirty-one, her mind and soul were harvested and placed into a computer "for the good of mankind". After she?d served the purpose intended, her mind was used to oversee Earths? PlanNet defenses and end the Terran/Martian Wars. She was the housekeeper to madman. An environmental control for an apartment building. A seductress who would revel in anything done to her. A computer that performed four basic functions for over a century. Whatever the highest bidder wanted. She was saved from all that and her memories restored in 2676. Now, in 2678, Abigail was a vibrant sixteen-year old girl. She had a new name, a new identity, new friends and a bright life ahead of her. All that remained of her past were the training and experiences of her original life and the piercing shards of her false personas that were slowly destroying her mind.