Items related to Warrior of the Witch Clan - Book Two 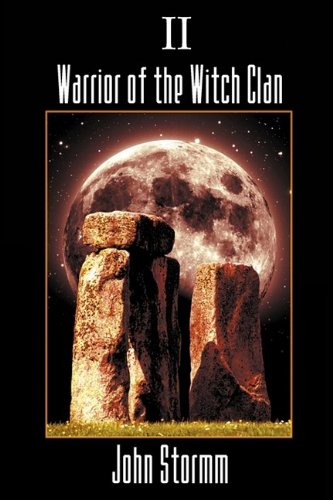 In this second book of the Witch Clan series, Emma Silverlock is the current matriarch of her ancient clannad and has two new mentors for her ten year old, hybrid grandson. The first to come is John Little Fox, a Mohawk, ex-commando from the Korean Conflict, who gives Johnny his first taste of martial arts training. His next mentor is the mysterious Sidhe Master Shabriri and his assistant. In order not to violate world treaties, they conduct Johnny's Sidhe training out-of-body, where he is whisked away in the night to all sorts of bizarre and grotesque tests of his mettle and shows an incredible resilience that's hitherto unknown among the Sidhe who have visited this plane.

In Gwynydd, fae creatures are being murdered by human wizards from yet another parallel world called Logres, attacking fae shrines and stealing magickal artifacts. The Logrens have just stolen the Rift Wand, a means by which people can cross over to any parallel world. The Sidhe have mastered this for untold eons, but once the Logrens learn its secrets, there will be no world safe from their search for weapons to effect their Operation: Cosmic Storm. The Grand Wizard, Mordred VII and his henchmen have intentions of becoming the rulers of the multiverse.

Sidhe rangers fail to retrieve the Rift Wand from Logres. Their best hope of getting this out of Logres is Emma's witch clan, posing as royalty from another plane, unknown to the Logrens, as "Atlantis". The ancients prepare and give them artifacts of their own to accomplish their ruse. Johnny is further trained in his Sidhe heritage and learns more about himself and his mysterious, but absent father.

The world of Abred in the mid 1960's is a violent and chaotic place. The American President has recently been assassinated and the world powers are poised on the verge of mutual, nuclear destruction. Mordred's wizards want those warheads to hold entire worlds for ransom. No civilization in any universe will be safe. Neither will he allow the world that created these wonders to continue building more. The Earth is counting down to its own destruction.

In crossing over to Logres, they find a human civilization where wizards rule, witches are registered and people have been made to believe that they are in mortal danger of being murdered by the Forest Devils as portrayed by the media. Johnny enlists a gang of street kids in Ivory City to help them retrieve the Rift Wand. Getting Johnny in his clutches, Mordred rightly assumes the boy knows more than he is saying about the missing Rift Wand, and Johnny leads him into an inter-dimensional trap that only one of them will leave alive.