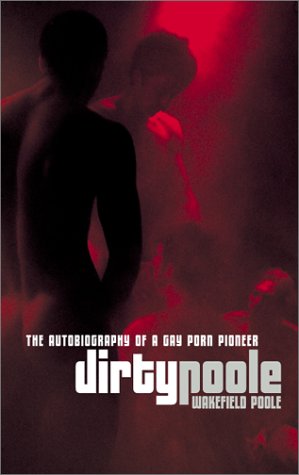 I spent one of those nights you spend waiting for the alarm to go off, half worrying about not sleeping, half wanting the night to end. The wait was finally over. Peter removed his arm from under my head, touched the alarm button, and gently slipped out of bed. We'd been lovers since the summer of '69 and were comfortable with each other. We'd also been through a lot to get that way, and although we didn't know it, the fun was just beginning, especially since my first movie was opening in New York City that day.

I had publicly come out of the closet the week before. It started with a Variety preview of my movie Boys in the Sand on December 22, 1971--the publication's first-ever preview of a hard-core all-male film--and was topped off in a Sunday edition of The New York Times with a sixth of a page advertisement for the film's opening, the first gay display ad ever accepted by the Times. To this day, I don't know how we got such good placement. The ad looked classy, so maybe they just didn't read the copy. Or perhaps someone had let it slip by. I'd like to think some gay man in the advertising department had pulled some strings. If that is what happened, I'm forever grateful.

The provocative and stylish ad, a drawing by Ed Parente, depicted an attractive, mustached man in a Speedo, from his thighs up. His nipples were prominent, and a lightning bolt ran across his crotch at an angle to the top of his bathing suit. He wore a banner of shells over one shoulder, leather thongs tied around his wrists, and held a beach ball against his right hip. An art deco border framed the ad, making it quite eye-catching.

The ad appeared on the first page of the movie ads between, and of equal size to, X, Y and Zee, starring Elizabeth Taylor, and the John Cassavetes film Minnie and Moskowitz. Nicholas and Alexandra took up the top half of the page. My name appeared above the title, out there for all to see. I was proud of the film and never considered not putting my name on it. People who knew me would be intrigued and, I'd hoped, curious to see what I'd done. What good is a movie if no one sees it?

Review:
Performer and filmmaker Wakefield Poole spent most of his youth in dancing schools and public toilets. As a high school boy in the 1950s, he had turned so many tricks with married men that he assumed they all came to the can for an occasional same-sex romp--and that he had to be careful to avoid his own dad on the other side of a glory hole. He soon moved to New York to work in theater, becoming acquainted with many stars, from Andy Warhol to Debbie Reynolds. It was the height of the sexual revolution; Poole was dropping acid, having orgies, and saying yes to everything. One night at the Continental Baths, his conversation with new friends was interrupted by "some broad" doing her club act next to the pool: "Guys were sitting around, in their towels, on the floor, and in straight-back chairs, laughing, clapping, and having a blast." It was Bette Midler's first appearance at the baths, and the unlikely start of her amazing career. Poole's memoir is full of such anecdotes, small but evocative, which capture the excitement of the times, but the book is centered on his role in the well-made hardcore gay porn films that are his principal achievement. Director of Boys in the Sand and Bijou, among lesser efforts, Poole helped inaugurate a new industry and promote an ideal of unashamed sex play and loving experimentation. After a brief period of minor celebrity, though, he discovered cocaine and began to lose everything he had gained, becoming not an artist, as he had always seen himself, but a pornographer and an addict. Poole's book is not especially well written, but it's a clear and unsentimental slice of gay life in the hedonistic pre-AIDS, post-Stonewall period, a voice from an almost lost generation. --Regina Marler
About the Author:
Wakefield Poole has been a singer, ballet dancer, a Broadway gypsy, a choreographer, a teacher, a director, a performance artist, a filmmaker, a shop owner, a chef, and a homosexual. Dirty Poole is his first book.