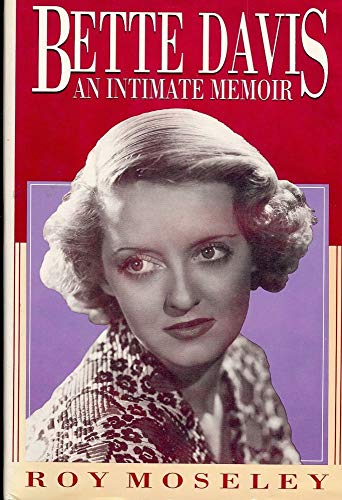 Drawing on their fifteen years of friendship, a companion of the late, renowned actress details the life of a legend, providing previously unheard stories and the actress's opinions on those with whom she worked

Roy Moseley is an internationally known television and theatrical journalist and the author of several biographies, including those of Queen Elizabeth and Prince Philip, Rex Harrison, Merle Oberon, and Cary Grant.

Lawrence Quirk's biography of actress Davis ( Fasten Your Seatbelts: The Passionate Life of Bette Davis, LJ 2/15/90) will probably stand as the definitive work. However, he never met her. Moseley not only met Davis, he was a confidante, and this memoir is based upon their 15-year friendship. Starstruck Englishman Moseley has made a point of not only meeting his favorites but also trying to become their friends. Davis eluded him even after Moseley became a credible figure in show business. Eventually they met, however, and their friendship lasted until a sad break late in Davis's life. Moseley's book complements Quirk's. A very personal tantly, it tempers B.D. Hyman's (Davis's daughter) My Mother's Keeper (Morrow, 1985); Moseley knew both of them and has his own version of events. A nice addition to the Davis literature.
- Rosellen Brewer, Monterey Cty. Free Libs., Seaside, Cal.
Copyright 1990 Reed Business Information, Inc.