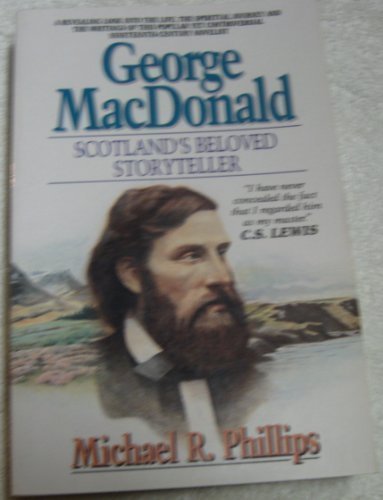 A revealing look into the life, the spiritual journey and the writings of this popular yet controversial nineteenth-century novelist.

MICHAEL PHILLIPS (b.1946), one of many in a rising generation of spiritual offspring of C.S. Lewis, George MacDonald, and the legacy of the Inklings, has made it his life's passion to promote the teachings of these giants of the past. Following the tradition of C.S. Lewis, he stands with others through the years who have shared a vision to awaken interest in the man known as the Father of the Inklings, including the names Kilby, Yates, Hein, Sadler, Reis, Robb, Amell, Triggs, Raeper, and many contributors to this important work. Through their efforts, MacDonald's legacy lives on in the lives of thousands of spiritual grandsons and granddaughters. Michael Phillips is widely known as George MacDonald's redactor, publisher, and biographer, whose vision and editorial expertise building upon the forerunning work of C.S. Lewis, Elizabeth Yates, and Rolland Hein helped bring MacDonald back from obscurity in the 1980s when his realistic novels had been nearly forgotten. Author and editor of over 100 books, Phillips efforts helped ignite the MacDonald renaissance of recent years. As one of those responsible for the widespread renewal of MacDonald's influence, Phillips is recognized as among the world's foremost purveyors of MacDonald s message, with particular insight into the Scotsman's heart and spiritual vision. Michael Phillips is considered to be one of the most versatile and prolific Christian authors of our time. To those unfamiliar with his work, the question, What kind of books does Michael Phillips write? has no easy answer. He began his distinguished writing career in 1977 with several non-fiction titles. Since that time, he has authored over twenty non-fiction books, most notably dealing with the nature and character of God and the Fatherhood of God. After turning to the writing of novels in the mid 1980s, Phillips has penned some sixty fiction titles of great variety. The enormous breadth of his faithful audience is testimony that his writings are universal in their appeal. Most of his series have been best sellers in the Christian market. In the 1970s Michael Phillips discovered the writings of Victorian Scotsman George MacDonald, whose books were foundational in leading C.S. Lewis out of atheism into Christianity. Phillips soon made it his life s work and passion to bring to public attention the literary and spiritual links between MacDonald and Lewis. If MacDonald is the father of the Inklings, Phillips calls himself one of thousands of sons of the Inklings. Inspired by the groundbreaking work of two other pioneers with similar vision to his own, authoress Elizabeth Yates and Wheaton s Dr. Rolland Hein, Phillips recognized that MacDonald s realistic fiction novels were in precarious danger of being lost to history. He knew that new publication avenues were needed. To accomplish the goal of bringing MacDonald s name back into prominence, he set about preparing and releasing updated and edited editions of MacDonald's novels, as well as republishing MacDonald s novels, sermons, and poems in their original editions. His multi-dimensional efforts resulted in a new generation of readers having access to MacDonald's books again for themselves. Phillips is also known as George MacDonald's biographer. His George MacDonald, Scotland's Beloved Storyteller, was the first major biography of MacDonald produced in the U.S. and remains one of the best selling MacDonald biographies of all time. As his own volume of work reaches a stature of significance in its own right, Phillips is regarded, like Lewis and Hein before him, as one of many successors to MacDonald's vision and spiritual legacy for a new generation.

"I have never concealed the fact that I regarded him (MacDonald) as my master." --C. S. Lewis