Items related to Collecting Souls, Gathering Dust: The Struggles of... 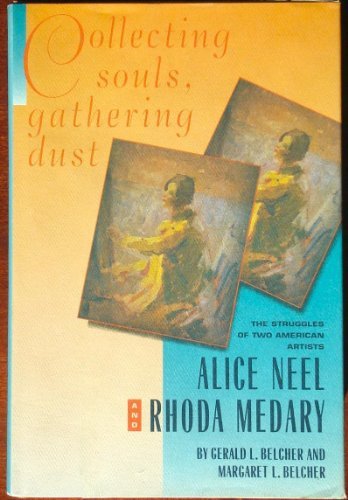 When Alice Neel met Rhoda Medary in a Philadelphia art school in 1921, Neel was an outwardly conformist loner crushed by a dominant puritanical mother, while Medary, her friend and mentor, was an iconoclastic free spirit. But their lives went in diametrically different directions. Neel married a worldly Cuban painter, moved to Havana, abandoned him, then experienced life in Greenwich Village, several affairs, massive depressions, a suicide attempt, therapy. She raised two children in Spanish Harlem, turned to political leftism and enjoyed eventual fame. Medary, who married an autocratic architect, forsook art to raise children; her life a shambles after three decades of marriage, she rediscovered, in the years before her death in 1981, what Neel had learned much earlier--that painting was central to her identity. The Belchers, a husband-wife team--he's a history professor at Beaver College in Pennsylvania; she edited Medary's memoirs--have crafted a perceptive, compulsively readable dual biography that illuminates the struggles of women who try to break out of roles society expects them to fulfill. Photos.
Copyright 1991 Reed Business Information, Inc.