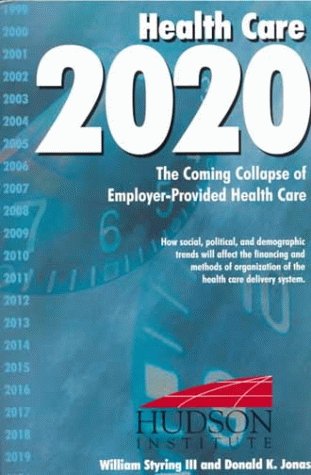 In the year 2011, the U.S. will begin to experience the biggest age-driven demographic upheaval in its history, as the first Baby Boomers reach age 65. In 2010, the ratio of adults in prime working years, ages 25-64, to those 65 and over will be 4 to 1. By 2020, it will fall to 3 to 1. By 2030, it will drop to almost 2 to 1. The ratio of potential workers to potential retirees will be cut in half in only two decades.The U.S. is not alone. The end of World War II caused similar spikes in birth rates in much of the world. Western Europe's birth rate is already below population replacement levels. Japan is aging at an even faster rate. The social and public policy consequences of this "graying" of America are hard to overestimate. Social Security and Medicare will have to be cut back through some combination of reducing benefits and raising normal retirement ages; otherwise, the tax rates on the young are politically unthinkable.Above all, the health care system will have to change. Cheaper but effective ways of caring for the elderly short of costly institutionalization will be imperative. For example, current attempts to curtail home health care programs are not the way to go. The large numbers of Boomers will radically change health insurance, and Health Care 2020 tells what health care will be like in the next century.

William Styring, III joined Hudson Institute as senior fellow in March 1996. He retains the Benjamin Rogge Chair for Public Policy at Indiana Policy Review, where he was the research director. Previously, Styring served as vice president for public finance and education at the Indiana Chamber of Commerce.

Styring is the author of numerous works on education, health care, and economics issues including "Health Care for Children: Expanding the Options by Looking to the Future" (1996), “Paying for Health Care: The Impending Earthquake,” (Hudson Briefing Paper #197, November 1996), and “The Cost Effectiveness of Home Health Care: A Study of Indiana’s In-Home/CHOICE Program,” (Outlook, Vol. 1, Num. 11, November 1997). He regularly contributes articles to Hudson’s bimonthly magazine, American Outlook, and has co-authored Health Care 2020 with fellow Hudson Research Fellow Donald Jonas (Hudson Institute, 1999). He is a regular columnist for Indiana Business Magazine and appears often on local and national radio and television. He has contributed articles to The Wall Street Journal, The Indianapolis Star, and The Los Angeles Times.

Don Jonas is a contributing author to Hudson’s Workforce 2020, a book describing the challenges and opportunities for American corporations and workers in the early 21st century. In addition, he is the principal author of the WPC monograph “Workforce 2020 Orlando: A Local Laboratory for Business-Driven Welfare Reform.” Jonas also served as the lead researcher for the Hudson book, Competition and Deregulation in Telecommunications: The Case for a New Paradigm.

He has written for and been quoted in numerous local and national newspapers and magazines, including The Indianapolis Star, Investor’s Business Daily, Microsoft Internet Magazine, The San Francisco Chronicle, and The Wall Street Journal Interactive Edition. He also contributes articles for peer-reviewed journals, recently authoring a piece in Government Information Quarterly. Jonas speaks on a variety of public policy issues on radio and television programs around the United States, including CNN’s “Business Unusual.”

Jonas is in high demand as a speaker at conferences across the country. In recent years, he has served on the Orlando Regional Chamber of Commerce’s Workforce 2020 Academy of Learning faculty, delivered the keynote address for the Florida Institute of CPAs Health Care Industry Conference, delivered the opening address to the Human Resources Forum of the Investment Company Institute and served as a conference speaker for U.S. Senator Richard G. Lugar’s “Symposium for Tomorrow’s Leaders.”

Hudson Institute is an internationally recognized public policy research organization that forecasts trends and develops solutions for governments, businesses and the public. Founded in 1961 by the late Herman Kahn, the Indianapolis-based not-for-profit 501(c)(3) organization has more than 70 researchers and employees at its eight offices worldwide.