Items related to Xml: A Primer 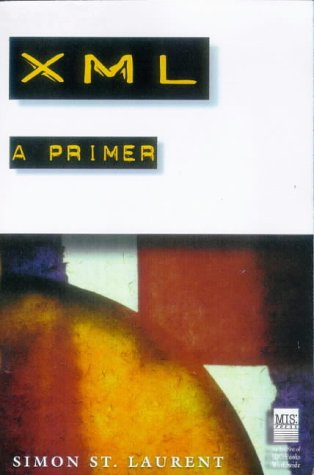 You spend hours designing and formatting your Web pages to look just right, but when users log on to your site -- wham! -- all your carefully formatted data is scattered helter-skelter across the page! Now theres no need to curse the quirks of HMTL. Instead, skip over all those cumbersome and redundant HTML tags and jump to the head of the class with XML (eXtensible Markup Language), the new technology being developed by the World Wide Web Consortium. XML offers all the power of HTML and SGML scripting without all the headaches, giving developers a robust new tool in managing information and page formatting with increasing flexibility and usability that's just not possible with today's HMTL.

XML: A Primer takes Web developers through the ins and outs of XML, including tips on integrating XML with Dynamic HTML and Cascading Style Sheets; creating custom search tools, Document Type Definitions (DTDs), customized tips, and commercial Web solutions; managing documents with XML; and using XML for data-driven applications. XML offers developers the opportunity to create documents with built-in frameworks that make getting consistent results much easier, time after time. Best of all, XML is backward-compatible to help ease your transition from HTML into the next phase of Web-based formatting and architecture.

XML combines the strength of SGML with simplicity, versatility, and readability by people and machines. Now designers and developers can create and manage their own formatting tags, content, and hyperlinks, instead of relying on the idiosyncrasies of HTML. "XML," says author Simon St. Laurent, "is HTML done right."

Simon St. Laurent's foray into XML is best described by an adjective not often used with computer books: charming. From its portable size to its playful code examples, XML: A Primer is an interesting and well-crafted read. Stylistic considerations aside, it is also a useful introduction for anyone who does considerable work in HTML or SGML.

St. Laurent explains the nuanced differences between XML and HTML, stating, "Using XML requires a different focus, demanding that designers examine the way that their documents are built rather than the way they are formatted." He later comments, "XML doesn't go nearly as far as SGML in requiring conformance to standards, but it may still come as a shock to HTML developers. XML standards refer to processors (parsers), not to browsers, because much XML development will be intended for machine-readable data applications rather than graphically exciting web pages."

If you are curious about the hype surrounding XML, ready for an XML book you can read cover to cover, and comfortable with lengthy code examples, XML: A Primer will offer you the knowledge you need to understand this emerging technology.

The third edition of XML: A Primer has been thoroughly revised and reorganized to cover XML's astonishing growth. Though it still focuses on the basics of creating XML documents, the third edition also describes W3C XML Schema and RELAX, as well as providing more discussion of XML processing. Along with the good news about how XML can solve a wide variety of problems, readers will also learn about some areas of XML where the distinctions between features and bugs are hazy. XML has grown so large that it can seem intimidating, but the Primer is designed to show readers what they need to get started quickly.