Items related to The Moon Man 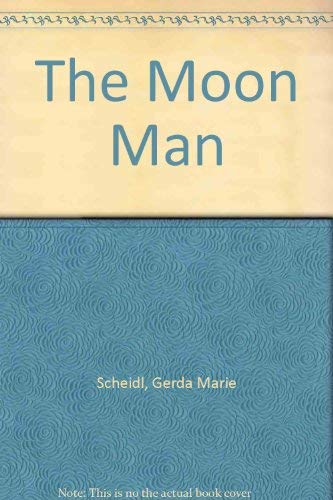 Deep in the night, by the light of a luminous full moon, the Moon Man sets out on an exciting and magical adventure. He's kidnapped by robbers and locked in a zoo.aintop, he encounters the real moon. If only the Moon Man could shine like him! Full color.

PreSchool-Grade 2-Marion wants a full moon all the time, so she paints a picture of a Moon Man and hangs it above her bed. After she goes to sleep, he peels off the page and rolls outside. He tries to shine but fails. Nevertheless, others think he is the real thing, so he is captured by robbers, caught by a fisherman, and locked in a zoo. After he releases the animals, they take him to the top of a tall mountain so he can learn to glow. When he reassures the moon that he wants only to glow a little and not to compete with it, Star Shiner polishes him with stardust and returns him to the wall above Marion's bed. The fast-paced text employs vigorous language, and youngsters will enjoy the turns in the plot as the hero escapes again and again. The oversized, impressionistic pictures, which appear to be pastels with an occasional splash of watercolor, are rendered in blues, greens, and purples, with lots of white representing moonlight. A few touches of red add warmth and interest. The illustrations are cheerful, the animals expressive, and the perpetually smiling Moon Man is exuberant. This Swiss import will serve as a companion to titles such as Tomi Ungerer's Moon Man (Delacorte, 1991), James Reeves's How the Moon Began (Abelard-Schuman, 1971; o.p.), and other lunar works.
Cynthia K. Richey, Mt. Lebanon Public Library, Pittsburgh, PA
Copyright 1994 Reed Business Information, Inc.