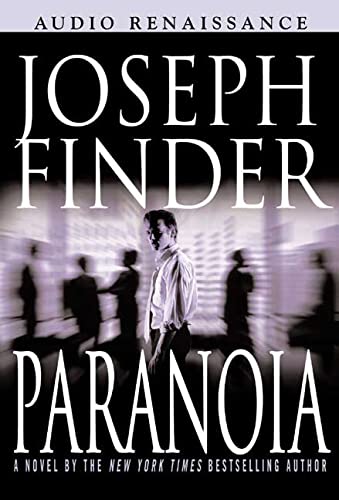 Adam Cassidy is twenty-six and a low level employee at a high-tech corporation who hates his job. When he manipulates the system to do something nice for a friend, he finds himself charged with a crime. Corporate Security gives him a choice: prison—or become a spy in the headquarters of their chief competitor, Trion Systems. They train him and feed him inside information. Now at Trion, he’s a star, skyrocketing to the top. He finds he has talents he never knew he possessed. He’s rich, drives a Porsche, lives in a fabulous apartment, and works directly for the CEO. He’s dating the girl of his dreams. His life is perfect. All he has to do to keep it that way is betray everyone he cares about and everything he believes in. But when he tries to break off from his controllers, he finds himself in way over his head, where nothing is what it seems and no one can really be trusted. And then the REAL nightmare begins.....

"There's A New John Grisham In Town." -People magazine, "Critic's Choice"
It was only a prank: diverting cash from Wyatt Telecom's executive slush fund to throw a retirement bash for a member of the loading dock crew. But when corporate security catches up with Adam Cassidy, a low ambition junior staffer at the high-tech behemoth, they call it something else: embezzlement, to the tune of nearly $80 grand.

"The Most Entertaining Thriller Of The Year."--Publishers Weekly
Ruthless CEO Nick Wyatt is impressed by Adam's scheming, and offers him one way out-take on the role of a rising corporate hotshot and infiltrate Wyatt's rival, Trion Systems. His mission is to get close to Trion's legendary founder Jock Goddard, and his ultra-secret "Project Aurora," and report back to Wyatt.

"A Terrific Tale...Riveting."-USA Today
With Wyatt pulling the strings and a dramatically improved identity, Adam is set up as Trion's new boy genius. Suddenly, he's got a sweet new Porsche, a closet full of $1,500 suits, and even a lovely lady who thinks he's a dream. But it's all just a mirage, because Adam is about to learn that nothing is what it seems and that it isn't paranoia...everyone is out to get him...

"Edge-of-your-seat action...you'll think twice about who's watching you at work!"-Washington Post

JOSEPH FINDER is the author of four previous thrillers, including the New York Times bestseller High Crimes, which was made into a major motion picture. He lives in Boston, Massachusetts.