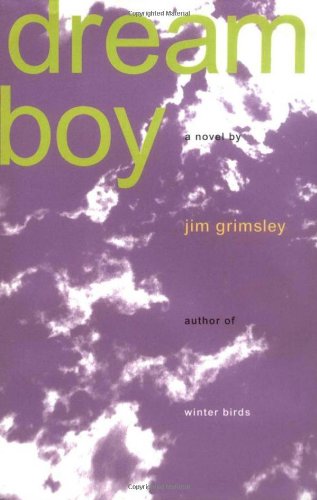 ALA Gay-Lesbian-Bisexual Book Award. DREAM BOY confirms the immense promise of Jim Grimsley's award-winning debut, WINTER BIRDS. In his electrifying novel, adolescent gay love, violence, and the spirituality of old-time religion are combined through the alchemy of Grimsley's vision into a powerfully suspenseful story of escape and redemption. "I've never read a novel remotely like DREAM BOY; and my admiration for Jim Grimsley's power is widened and deepened."--Reynolds Price; "Translucent prose and emotional authenticity."--Out. A QUALITY PAPERBACK BOOK CLUB SELECTION.

Jim Grimsley is the author of four previous novels, among them Winter Birds, a finalist for the PEN/Hemingway Award; Dream Boy, winner of the GLBTF Book Award for literature; My Drowning, a Lila-Wallace-Reader's Digest Writer's Award winner; and Comfort and Joy. He lives in Atlanta and teaches at Emory University.

With this heartbreaking story of first love, Grimsley, recipient of the 1995 Sue Kaufman Prize for his first novel, Winter Birds, has crafted another potential award winner. Here he works that novel's theme?a father's abuse of his son?into his sensitive depiction of a love affair between two high-school boys in the rural South. Nathan, a sophomore and the only child of an abusive, scripture-quoting, booze-guzzling father and a nearly invisible mother, becomes smitten with Roy, a senior who lives next door. Almost without realizing it (and with some reluctance on both sides), they begin an achingly tender romance. Ultimately, peer pressure leads to tragedy, and to a sort of metaphysical denouement that may strike some readers as over-the-top. But by that time, Grimsley's scenario has become so poignant and credible that the ending seems almost inevitable. He clearly understands the pain and confusion of budding love, and his present-tense narrative adds urgency and a touching immediacy to his tale. Without ever succumbing to cliche, Grimsley cuts with surgical precision to the heart of these characters' inchoate longings and barely repressed fears. Deceptively simple descriptive passages are hauntingly elegiac, and things left unsaid become as important as words expressed: these players' silences speak volumes. Romantic passion, violence and ultimate liberation coalesce in this singular display of literary craftsmanship.
Copyright 1995 Reed Business Information, Inc.