The Ghost of Milagro Creek (Algonquin Round Table Mysteries) 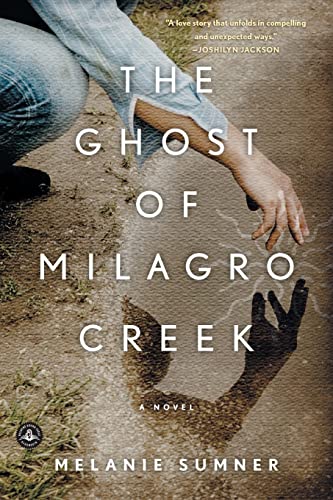 The story of Ignacia Vigil Romero, a full Jacarilla Apache, and the two boys, Mister and Tomás, she raised to adulthood unfolds in a barrio of Taos, New Mexico-a mixed community of Native Americans, Hispanics, and whites. Now deceased, Ignacia, a curandera-a medicine woman, though some say a witch-begins this tale of star-crossed lovers.Mister and Tomás, best friends until their late teens, both fall for Rocky, a gringa of some mystery, a girl Tomás takes for himself. But in a moment of despair, a pledge between the young men leads to murder. When Ignacia falls silent, police reports, witness statements, and caseworker interviews draw an electrifying portrait of a troubled community and of the vulnerable players in this mounting tragedy. Set in a terrain that becomes a character in its own right, The Ghost of Milagro Creek brilliantly illuminates this hidden corner of American society.

On the Writing of The Ghost of Milagro Creek

Writing is so much trouble, and it pays so poorly, that I wouldn't do it if I didn't have to.  It does for me what religion does for some people; it makes me whole again. My work grows out of a sense of loss, a yearning to recreate a world that has slipped through my fingers before I can make sense of it.  In the year 2000, shortly after my husband David and I had settled in Taos, New Mexico with our two-year-old daughter, David was diagnosed with a terminal illness.
"So I'm toast," David said when the doctor told him he had amyotrophic lateral sclerosis, or Lou Gerhig's disease, and they both cried.  David was thirty-seven years old and had two years to live.  When his paralysis set in, we moved back to my hometown of Rome, Georgia.  That year, just three months before our son was born, he passed away.
Before we left New Mexico, we spent a weekend at the Monastery of Christ in the Desert in Abiquiu.  In the silence of this Benedictine Monastery, high in the cliffs of the painted desert, I conceived the germ of The Ghost of Milagro Creek Bridge.  At first, I was simply struck by the fact the doors had no locks.  I began to think about criminals, and what a great hide-out this would be for someone who was running from the law. Electronic communication was limited; by the time law enforcement vehicles managed to traverse the thirteen mile "driveway" from the road, the bandit could be lost in miles of the surrounding cavernous rock.
Around this time, the local papers ran a story about a young Taosenio who had killed his best friend, turned himself in, and then, during a leaf-raking assignment, mysteriously disappeared from the Taos jail.  In the news story, the young man, who was reported to be quite personable, committed subsequent murders while on the lam, and I imagined a story about a psychopath.
So, in 2001, I began researching histories of serial killers in hopes of developing the character who would eventually become Mister in The Ghost of Milagro Creek.  After many hours of research and countless failed attempts to create a story, I remembered the words of my creative writing  teacher Max Steele, "We are only interested in characters who love someone or something."  Psychopaths don't love; I needed a character with a heart.
In those two years when I was a young mother and my husband was dying, love was inextricably mixed with grief and a longing for the land of Northern New Mexico.  While he could still walk and talk, David went around with a video camera recording our days:  our daughter Zoe licking a brownie bowl, our dog Sadie sitting behind the wheel of a car, me telling stories.  It was as if he were going on a trip and planned to take this movie with him.  After he died, I found some footage he had taken on a windy mesa outside of Taos.  Behind the camera, he is invisible, and his voice, already slurred from the disease, is often broken off by the sound of the wind.  What you see is a breathtaking vista:  white clouds sweeping across a deep blue sky, a purple mountain capped in snow,  fluttering beech leaves catching the light like new pennies, the ragged red earth. He is saying, from what I can make of his words, that he will never see this again.
In the beginning, I tried to write a very male book; the spare writing style mirrored the uncluttered landscape of New Mexico, and the terse dialogues, even those involving females, only suggested the interior worlds of the characters.  In this manuscript, called Christ in the Desert, Mister, no longer a serial killer, loved a woman, but something was missing.
Slowly, draft by draft, Abuela began to shake the story out and make more sense of it.  Her honesty forced the other characters to face themselves and confront each other.  By 2009, at the end of the final rewrite of The Ghost of Milagro Creek, Abuela has empowered young Rocky to take charge of her own life, bringing the feminine energy to the forefront. When Rocky says to herself,  "... the daughter did not commit suicide. She don't know what she's gonna do, but the bitch is breathing," she describes a metamorphosis that mirrors my own transition from wife to widow.

I don't know if books can be haunted, but I wrote this one with my favorite haint in mind - a desert-stomping, sax-blowing, bad-boy Catholic from Houma, Louisiana - the late David Marr.
--Melanie Sumner

The door of the classroom opened. "Crystals form in cavities in rock," Mr. Cisneros was saying in his dry voice.  "Water flowing through the rock dissolves some of the minerals..."  Tomas Mondragon, who had been slumped in his desk, snoring softly, opened his eyes.  Like a wolf, he was instantly awake, and with a side glance at his blood brother Mister Romero, he emitted a long, low whistle.  The whistle caught on and
moved rapidly around the room, ascending and descending in and out of harmony as it traveled to the doorway where it hung in the air for a moment, pulsing, then fell to some mysterious realm beyond the reach of the human ear.
"Class, this is Raquel O'Brien," said Mr. Cisneros, "from Santa Fe."
Raquel O'Brien wore high heels, tight bell-bottoms, and some sort of bra for a shirt.  She had red hair, cut over her ears, and black crayon around her green eyes.  She was the only girl in the room, and she produced the effect of a mouse dropped into a snake's cage.
"Yowza," whispered Mister.
"S'up hoochie-pants!" called Tomas.
"Class," said Mr. Cisneros.  "Let's all quiet down now."  He remained standing, but his pale, thin face had already settled into the familiar lines of defeat, and pandemonium ensued.
"Oooh, she not from da barrio. She from Santa."
"She punk you off, man," said a guy named Ed. "You stanko to Santa-Girl."
"El Gingero, you wanna come over here and sit in Special Ed's lap?"
"Class," said Mr. Cisneros.  "That's enough."
"Hey sweetheart," said Tomas. "Homeslice is sorry he was so foquin rude."
"Please don't make me pass out detention points."
"Mr. Cisneros, ese, I was being sincere."
"Thank you, Tomas."
"De nada."
"Go back to sleep, Tomas."
"You want me to become a statistic, sir?" asked Tomas, winking at her.
"That's a detention point, Tomas."
"Sir, you disrespected me."
"Yes, Raquel?" asked Mr. Cisneros, waving her to a seat.
"Call me Rocky."
"Will do."  Mr. Cisneros made a note in his grade book and then picked up a rock from his desk and held it out to the class.
"Does anyone know what this is?"
"It's a rock!" called someone from the corner.
"Shut-up! Da man is trying to drop some knowledge on you douche-bags."
"Actually," said Mr. Cisneros, clearing his throat. "This is staurolite crystal. It's called the  Tears of Christ. It's found in about twenty-seven areas of the world.  Only the staurolite found between Taos and Pilar is embedded with garnets.
Someone called out, "Kaching! Kaching!"
"Yes," said Mr. Cisneros with a faint smile, "it is worth a lot of money."
Mr. Cisneros walked by each desk allowing the students to hold the rock and  study the Celtic X sheathed in mica, glittering with red stones, but Mister kept his eyes on Raquel O'Brien.  His gaze fell over the small mounds of her breasts, traveled across her white shoulders and up the smooth neck to the spatter of pale freckles on her nose. He tried to count them, three, four, five...   but they were like stars in the sky.
His grandmother said that some stars have twins we cannot see; what looks like one star may be two or even three stars. When he asked her why people couldn't see the whole picture, she said that some people do, and it makes them crazy.

1. The Ghost of Milagro Creek (Algonquin Round Table Mysteries)

2. The Ghost of Milagro Creek (Algonquin Round Table Mysteries)

3. The Ghost of Milagro Creek (Algonquin Round Table Mysteries)

4. The Ghost of Milagro Creek (Algonquin Round Table Mysteries)

5. Ghost of Milagro Creek : A Novel

6. The Ghost of Milagro Creek (Paperback or Softback)

7. The Ghost of Milagro Creek (Paperback)

Book Description Paperback. Condition: New. Paperback. Sumner presents the story of Ignacia Vigil Romero, a full Jacarilla Apache, and the two boys, Mister and Tomas, she has raised to adulthood in a barrio of Taos, New Mexico?a mixed c.Shipping may be from multiple locations in the US or from the UK, depending on stock availability. 267 pages. 0.290. Seller Inventory # 9781565129177

8. The Ghost of Milagro Creek (Algonquin Round Table Mysteries)

9. The Ghost of Milagro Creek

10. The Ghost of Milagro Creek (Algonquin Round Table Mysteries)