Traven, B. The Cotton-Pickers (Jungle Novels) 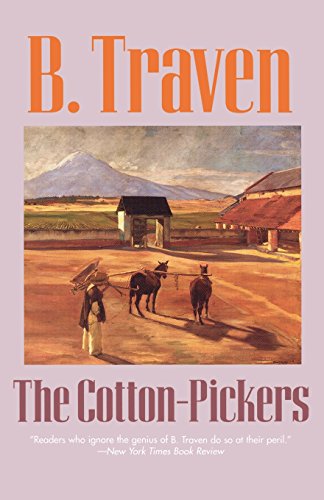 The background of The Cotton-Pickers, set in Mexico in the 1920s, is the struggle of the emerging trade unions to end the exploitation of hungry laborers. Gales, a laconic American drifter, turns his hand to anything for a meal and a flea-bitten bunk―he works on a cotton plantation, in an oil field, in a bakery, as a cowboy for a North American ranch owner. Opposing exploitation, he leaves behind him a trail of rebellion. Underlying this lively and funny tale of his adventures is a powerful study of social injustice, and most of all a testament to the strength of human courage and dignity one of Traven's favorite themes. "B. Traven is coming to be recognized as one of the narrative masters of the twentieth century."―New York Times Book Review. "Great storytellers often arise like Judaic just men to exemplify and rehearse the truth for their generation. The elusive B. Traven was just such a man."―Book World.

The mysterious B. Traven (1890–1969) was born in Chicago, spent his youth in Germany as an itinerant actor and revolutionary journalist, became a seaman on tramp steamers, settled in Mexico in the early 1920s, and began recording his experience in novels and stories. In the United States his best-known novel is The Treasure of the Sierra Madre.

4. The Cotton-Pickers (Jungle Novels) Traven, B.