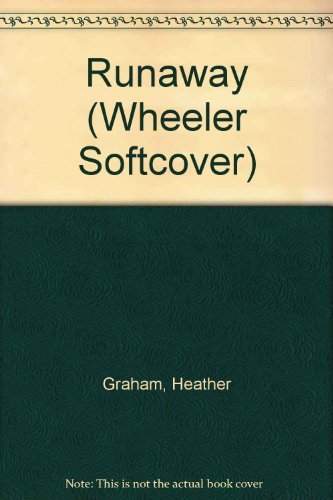 Caught up in a bloody confrontation between the Indians and white settlers in 1830s Florida, Tara Brent meets part-Seminole Jarrett McKenzie and his family and, learning about the injustices they suffer, becomes dedicated to the cause

New York Times and USA Today bestselling author Heather Graham majored in theater arts at the University of South Florida. Her first book was published by Dell, and since then she has written more than one hundred novels and novellas. Married since high school graduation and the mother of five, Graham asserts that her greatest love in life remains her family, but she also believes that her career has been an incredible gift. Romance Writers of America presented Heather Graham with the RWA Lifetime Achievement Award in 2003.

Jarrett Mckenzie noticed the woman from the moment she first stepped into the entry of the old dockside tavern. Not that he could see much of her at first.

A sweeping, hooded black cape encompassed her from head to toe. He was only certain that it was a woman who had arrived because of the graceful twirl of her body when the master of the establishment, Harold Eastwood, accosted her at the doorway. A new serving maid? Had she joined the ranks of the lovely and available ladies of the New Orleans nights? Was she late reporting for work? Jarrett wondered, and he found himself intrigued, waiting for her to cast off the cloak. If she was working here at Eastwood’s fine dining establishment and parlor, then the class of the place was improving.

Not that Eastwood’s was a total den of iniquity. For a waterfront tavern it could boast being a respectable one. Most men came here when conducting business in this part of Louisiana, and most of them told their wives about the place. There was always good food to be had, pretty girls to sing tunes at the spinet, liquor from around the world, a woman if you wanted one, and now and then a good fight to choose a side for. The place was situated dead center in the port city of New Orleans, right on the river, and all manner of men and women came here, worked here, traded here, schemed here.

New Orleans was a city Jarrett enjoyed. Established in 1718 by the French, it had grown later in the eighteenth century with the Acadian exodus from the northeast. It had passed to Spanish rule and then back to France before Thomas Jefferson had set forth to find a way to make Napoleon willing to accept his offer on the Louisiana Purchase. Jarrett had come here first as little more than a boy himself when Andrew Jackson had commanded the defense of the city against the British in 1815, and since that time Jarrett had felt a fondness for it. He liked the narrow streets of the riverfront, the charming architecture: French, Spanish, and American. He liked the wrought-iron balconies, the small gardens, the rolling Mississippi, and the lusty quality of life along the river. He had come to Eastwood’s often enough, and though it had a dubious reputation, there were far more debauched places than this along the riverfront. All in all this was quite a respectable place when compared with some of the other establishments it neighbored.

But from his very first sight of the woman enveloped in the black cape, Jarrett was convinced she didn’t belong here.

“I fold,” Robert Treat, his friend and associate sitting to his left, said with a sigh. Robert threw his cards down on the oak playing table.

Jarrett stared at his own hand. Three queens. Two fours. Full house. He looked at the bills and gold pieces on the table. Smiling Jack, the rich Creole from the bayou country, sat across from him with a broad grin on his face. Hell. The man might be able to bluff Saint Peter if he ever made it to the pearly gates.

Jarrett took the time to drop a five-dollar gold piece on the table, then looked over the top of his cards again, watching the woman in the encompassing cape. She was still trying to explain something to Eastwood, a little potbellied man. She was slim and lithe, at least an inch or so taller than Eastwood. Jarrett wondered with some amusement if the innkeeper, whoremaster—entrepreneur, as he liked to call himself—didn’t feel just a little bit intimidated by the woman.

Rupert Furstenburg, the lean blond German from St. Louis, threw a wad of money down. “I raise you, gentlemen. A hundred dollars.”

Jarrett was still watching the woman. Robert Treat gave him a nudge. “A hundred, Jarrett.”

“Right,” he said absently. He curled his fingers around the stack of coins in front of him, pushing out the correct amount. Robert Treat stared at him with a frown, lowering his voice.

“Are you paying any attention to this game?”

“Ah, is that the question?” Smiling Jack, twirling his dark mustache, taunted lightly. “Is that plantation of yours down in the swamp doing well enough for this game?”

“My swamp plantation is doing just as well as that place of yours out in the bayou,” Jarrett said lazily. His cards were good enough. And his plantation was sure as hell doing well enough to support this game.

“Ah, mais oui!” Jack murmured. “We’ve both the swamp, eh? The insects, the gators.” He wagged a warning finger at Jarrett. “But you’ve got the Seminoles. What grows on my land is mine. My house has stood seventy years. And yours, mon ami? Poof! Even now the fellows may be sending it up in a cloud of smoke! You were a military man, so I’ve heard. You must know. They slip in, the Indians, they slip out. They move through the night like wraiths. They can move through the thickest brush and trees. There will be more trouble, you mark my words. Old Andy Jackson fought those savages good back in sixteen and seventeen, but he didn’t get them all. There will be trouble again. It’s brewing hot and hard right now. Some say those renegades even ride the alligators through the swamp.”

Jarrett smiled at the Frenchman’s vivid description, even if his smile was somewhat forced. He’d yet to see any man, even a Seminole, riding a gator through the swamp! Jack’s attitude was a fairly common one. People had the damned strangest way of looking at the Florida peninsula—and the Florida Indians. Any of the Upper and Lower Creeks who had moved south, speaking varied languages and coming from very different peoples, were grouped together. They were called Seminoles. Some said the name meant runaway. Others said that it came from the Spanish word for renegade, cimarrón. Runaways, renegades. Jarrett knew that just like him and so many white dreamers, the Indians were just seeking a better life for themselves and their families.

It was a land for dreamers. Despite the summer heat, the abundance of swampland, and the infestation of snakes—and Indians—there were huge land tracts available in the state. Like the western frontiers opening up across the continent, Florida was a raw, new land for Americans. Much of it was exceptionally fine farmland. Crops could sometimes be grown year round. Vicious freezes came upon occasion in the northern part of the territory, and the summer’s heat farther south was sometimes nearly as cruel, bringing sickness and disease. But most often the days were warm and balmy. The sun shone overhead. Blankets of snow did not fall, blizzards did not paralyze whole communities. Wild cattle still roamed the center of the territory from the days of the Spaniards; they were there for the taking. The hunting was extremely rich. There were great herds of deer, a few bison still roamed the northern tracks, and there were countless rabbits and wildfowls. In the hammocks and flatlands there were areas of stunning natural beauty. There were crystal springs, incredibly deep, and still a man could see clear through the earth beneath them.

There was beauty, there was danger. It was not a place for the faint of heart.

And the Seminoles added to the savage reputation of the American territory that Andy Jackson, along with so many others, had been determined to wrest from the Spanish. There had been a time when the Spanish had ceded the territory to the British, and during and after the American Revolution, British sympathizers had flocked south. Then the Floridas—East and West at the time—had gone back to Spain. Americans, being Americans, had kept wandering over the borders, forever reaching for new land. Spain, they claimed, could not control the territory, could not stop the Indians from raiding American farms and plantations, and could not stop them from harboring runaway slaves.

The slave issue was an explosive one. Escaped slaves readily headed south into Spanish territory that actually seemed to be ruled by the savages—but savages with a far gentler attitude where black men were concerned. It wasn’t that the Seminoles did not keep slaves themselves upon occasion; they did. And they could be as possessive of their property as white men when they chose. But there was a difference. Slaves might tend a Seminole master while still being free to cultivate their own plots of land. Slaves among the Seminoles were very often granted their freedom after a certain amount of service. Slaves who made it down to Florida very often found freedom, joining with free-black–Seminole bands. Whether blacks remained free or were “owned” by the Indians themselves, the Seminoles did not usually return them to white masters. In the Southern states, where the economy was so solidly based on farms and plantations, slaves were very valuable personal property.

Book Description Wheeler Publishing, 1994. Condition: Good. Lrg. Ships from Reno, NV. Shows some signs of wear, and may have some markings on the inside. Seller Inventory # GRP85896516

Book Description Wheeler Publishing, 1994. Condition: Good. Lrg. Shows some signs of wear, and may have some markings on the inside. Seller Inventory # GRP70877829

Book Description Wheeler Pub Inc, 1994. Condition: Good. A+ Customer service! Satisfaction Guaranteed! Book is in Used-Good condition. Pages and cover are clean and intact. Used items may not include supplementary materials such as CDs or access codes. May show signs of minor shelf wear and contain limited notes and highlighting. Seller Inventory # 1568950802-2-4