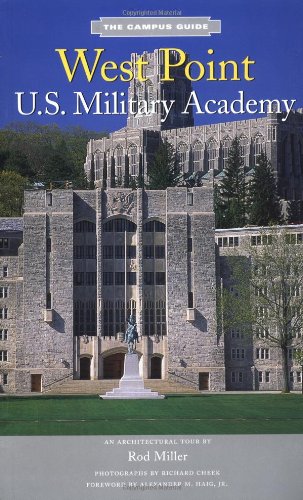 West Point's rolling geography, originally chosen for military reasons, has had a profound effect on the campus plan and architectural design. Founded in 1802 by an act of President Thomas Jefferson, the campus is a showcase of austere Gothic and Romanesque designs by preeminent collegiate architect Ralph Adams Cram, with notable works by Richard Morris Hunt, McKim Mead & White, Paul Cret, and Sasaki and Associates. Beginning August 2001, West Point will celebrate its 200th anniversary, with events for cadets and tourists alike.