Items related to Echoes: The Complete History of Pink Floyd 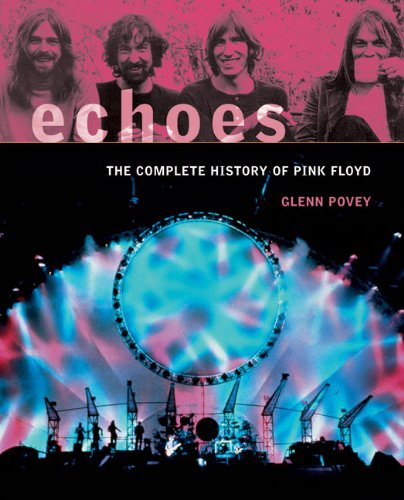 From their gigs in tiny church halls to multimillion-selling albums The Dark Side of the Moon, Wish You Were Here, and the rock opera The Wall and elaborate stadium shows, this tome celebrates legendary rock band Pink Floyd. Lavishly illustrated with previously unpublished photographs and rare graphic memorabilia, including posters, advertisements, handbills, and tickets from every era of the band’s remarkable history, this survey provides a comprehensive overview of the group, its members, and the times. In addition to a biographical account of the band’s collective and individual careers from their pre-Floyd times in the early 1960s to the present day and their music’s evolution from psychedelic and space rock to progressive rock genres this definitive reference presents a meticulously researched chronological listing of every Pink Floyd and solo concert with set lists, radio and television appearances, and a UK and U.S. discography.

Glenn Povey is the coauthor of Pink Floyd: In the Flesh: The Complete Performance History and a contributor to MOJO, Record Collector, and other music magazines. He is a founder and a former editor of the Pink Floyd fanzine Brain Damage and was a booking agent and promoter for a variety of artists, including the Electric Prunes, Gong, Hawkwind, Magma, Ozric Tentacles, the Pretty Things, and the Seeds.