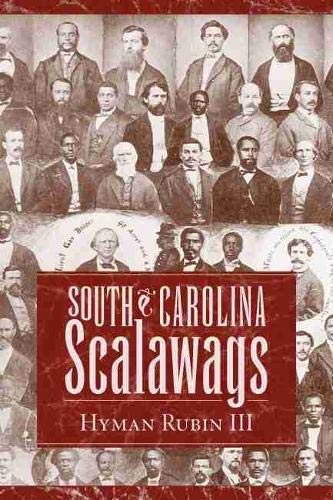 South Carolina Scalawags tells the familiar story of Reconstructionfrom a mostly unfamiliar vantage point, that of white southerners whobroke ranks and supported the newly recognized rights and freedomsof their black neighbors. The end of the Civil War turned SouthCarolina's political hierarchy upside down by calling into existencewhat had not existed before, a South Carolina Republican Party, andputting its members at the helm of state government from 1868 to1876. Composed primarily of former slaves, the burgeoning party alsoattracted the membership of newly arrived northern carpetbaggersand of white South Carolinians who had lived in the state prior tosecession.

"Based upon meticulous research in primary sources and secondary literature, Rubin’s analysis of white Republicanism in South Carolina goes far beyond any previous study and helps explain not only the ultimate failure but also the significant successes of the brief Republican tenure."—Richard Zuczek, author of State of Rebellion: Reconstruction in South Carolina

Hyman Rubin III is an associate professor of history at Columbia College in Columbia, South Carolina. He holds a Ph.D. in history from Emory University.