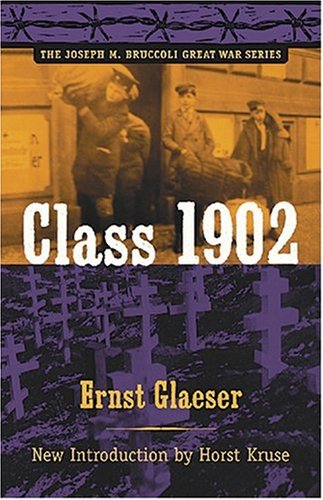 First published in German in 1928 as Jahrgang 1902, Ernst Glaeser's autobiographical novel centers on the experiences of the narrator, E., and his friends. Born in 1902, E. and his generation come of age during the Great War, but they never know combat because the war ends before they can be drafted. Through their perspectives Glaeser provides glimpses into traumatic times on the German home front.

Ernst Glaeser (1902-1963) began his writing career as a newspaper journalist in Frankfurt. Though he wrote numerous books, none of his subsequent works achieved the same international acclaim as this, his first novel.

Horst Kruse is a professor emeritus of English and American literature at the University of Münster.

"An almost indispensable piece of raw material for the history of the time." -- Manchester Guardian