Items related to Perspectives on Gender in Post-1945 German Literature... 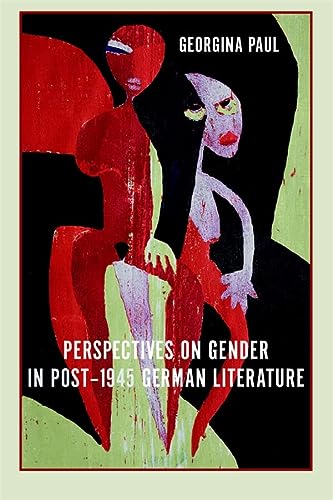 Rooted in Enlightenment rationalism, modernity tends to privilege masculine-connoted characteristics -- conscious subjective agency, rational control and self-containment, the subjugation of nature -- and has generated a conceptualization of human subjectivity emphasizing these qualities. Yet the costs of this conception of human selfhood are high, and at modernity's most acute moments of historical crisis writers and artists can be seen turning to feminine-connoted figurations -- nature, tradition, myth and spirituality, intuition, relationality, flux. In recent decades studies have examined the cultural crisis of German modernity, notably at the turn of the nineteenth to the twentieth century, as a crisis of masculinity. Feminist critiques, meanwhile, have viewed cultural history as male-generated and "phallocentric," in need of a feminine corrective. The innovation of this book is to examine these two gendered perspectives side by side, investigating the culturally symbolic significance of gender in post 1945 German language literature via a sequence of paired readings of major, thematically related texts by male and female authors, including Ingeborg Bachmann's novel Malina/ (1971) and Max Frisch's Mein Name sei Gantenbein (1964); Frisch's Homo Faber (1957) and Christa Wolf's Störfall (1987); Elfriede Jelinek's Die Klavierspielerin and Rainald Goetz's Irre (both 1983); and Heiner Müller's Die Hamletmaschine (1977) and Christa Wolf's Kassandra (1983). Finally, Barbara Köhler's eight-poem cycle "Elektra. Spiegelungen" (written 1984-85; published 1991) is considered as offering a way past the "impasse" of the male and female viewpoints. Georgina Paul is University Lecturer in German at the University of Oxford and a Fellow of St. Hilda's College.

A rare and welcome example of gender-based literary criticism which contrasts male and female authors and the masculine and feminine subjectivities in their work. . . . (A) stimulating book, which rewards engagement and achieves Paul's aim of "identifying underlying patterns in the functioning of gender symbolism . . .". It is also a persuasive invitation to return to the works she has analysed. JOURNAL OF EUROPEAN STUDIES Notable for rethinking gender as a category of literary analysis.. Sheds new light on the cultural symbolism of gender and the status of gendered authorship.. Sophisticated but readable. CHOICE (One of the book's strengths is that it includes a) "cultural-historical review of the interplay between cultural critique and notions of gender in the twentieth century in order to establish a frame of reference for the texts which follow." Keeping questions of agency firmly in mind, Paul emphasizes the significant role literature has to play in proposing non-binary gendered subjectivities. THIS YEAR'S WORK IN MODERN LANGUAGE STUDIES