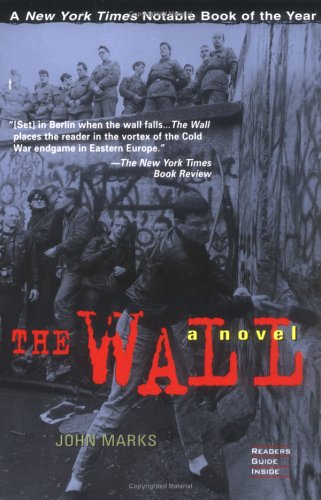 A former bureau chief for U.S. News & World Report in Berlin presents a thriller about an American spy who defects to the East hours before the fall of the Berlin Wall, jeopardizing the lives of those around him. A first novel. Reprint.

When was the last time you read a thriller with half a dozen major characters, all of whom you could believe in? John Marks pulls off this amazing trick in his first novel--and also manages to capture perfectly the heady mixture of hope and fear surrounding the collapse of the East German government in 1989. Captain Nester Cates, a 35-year-old African American intellectual and former radical who is now working for U.S. Army Intelligence is not the most popular man in West Berlin. Ridiculed by his military colleagues for his interest in obscure concepts such as democracy and German culture, Cates befriends another Army outcast named Stuart Glemnick--a complex, weak man with a shadowy past in the Middle East. Glemnick quickly gets Nester and several other key characters (including Glemnick's brother, a conflicted entomologist who sees everything in terms of bugs) into serious trouble by defecting to the East just a few hours before the Berlin Wall comes down. The cast also includes a wonderfully gutsy, naive young American journalist who stumbles into a career-making situation, and one of the scariest CIA spooks ever--Carlton Styles, who lost much of his face and mind to a terrorist bomber. Carlton is now convinced that the man who disfigured him is masquerading as the bug expert. Author Marks covered Eastern Europe for U.S. News & World Report, and scenes like the attack on demonstrators in Prague vibrate with authenticity that could only come from firsthand experience with Iron Curtain culture. --Dick Adler

John Marks has written for The New York Times and The Wall Street Journal in addition to spending five years in Berlin for U.S. News & World Report. He holds an M.F.A. from Iowa.