Items related to The Forgotten Carols: A Christmas Story and Songs

Michael McLean The Forgotten Carols: A Christmas Story and Songs

The Forgotten Carols: A Christmas Story and Songs 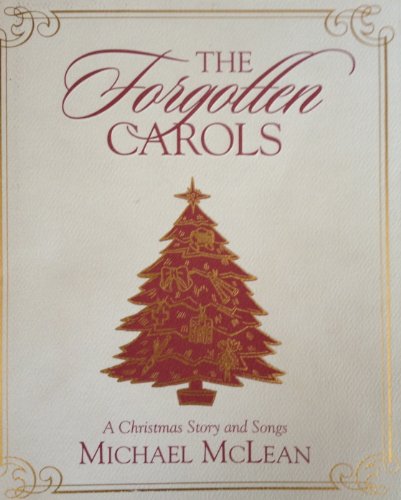 "The Forgotten Carols" is an innovative storybook/CD about a nurse whose empty life is changed by her patient, John. As the story moves along, the characters in the novel break into song, which are included on the compact disc. Line drawings.

Michael McLean, perhaps the best-known LDS performer, composer, song-writer, producer, and director of al time, has written music and lyrics for more than twenty albums, produced award-winning films and television commercials, and recently authored a bestselling cook, Hold on, the Light Will Come: And Other Lessons My Songs Have Taught Me. He and his wife, Lynne, have three children and live in California.

My Name is Constance

When her mother named her Constance, she had no intention of ever calling her Connie. Her mother once explained to her that Constance was a solid name, a name with substance and dignity, but "Connie" well, "Connie" was just fluff.

A lot of young girls growing up in her neighborhood would have welcomed a friendly, "Hi Connie" from her friends at school, or, at the very least, would have acknowledged the greeting with a smile. Not Constance. She corrected them resolutely. "My name is Constance." She would say, looking and sounding a bit life a stuffy old librarian with an attitude problem. "I am not a Connie."

She had that right. She was not then nor did she ever plan to be a "Connie."

It is possible to be obedient to a fault, Constance was. It never occurred to her that anything her parents ever said was not absolute truth. No advice, counsel, instruction, or observation made by her parents was ever challenged. She tried in every way to be her mother in miniature. This remarkable devotion was an enormous source of pride for her parents, through Constance never knew it. All she knew was that her parents were never wrong.

That wasn’t true of course. They were wrong on just about everything that had anyting to do with raising healthy, well-adjusted children, they didn’t teach their only child how to think or dream or feel or question or wonder or choose or discover anything for herself. They believed it was their job as parents to do all that for her – and she let them.

You’d have expected things to change when Constance turned fourteen. That was the year her parents assured her that her mother’s illness was only temporary. But that was a lie. Constance watched her mother stoically refuse to accept the truth about her condition – and the truth was, she was dying.

Typically when families receive such news, there’s an initial period of denial and anger and heartbreak, followed by a sincere search for tender ways to express deep feelings and say good-bye. But Constance received only her parents’ reassurance that everything was find and that recovery was just around the corner. In fact, the only thing that even came close to resembling tenderness during that time was something Constance overheard her mother say about the nurse who helped Dr. Burton. She mentioned to her husband one evening that the nurse seemed to be a rather competent woman. It was the nearest thing to a complement Constance had ever heard her mother give. And so it’s probably no surprise that a few years after her mother’s death, Constance went into nursing.

To fully appreciate what happened to Constance last Christmas, you need to know that she had been a nurse at the Fullerton Hospital her entire career. Although she could never be accused of being overly compassionate, she had never shirked her duties or failed to follow a doctor’s order to the letter. And she had never, ever questioned or challenged anyone in authority at the hospital. Needless to say, doctors loved her – and patients didn’t.

It was this absolute commitment to following the voice of authority that placed Constance in an extremely awkward position a few weeks before Christmas a year ago. The chief administrator of the hospital called her into his office with a special request ...

1. The Forgotten Carols: A Christmas Story and Songs

2. The Forgotten Carols: A Christmas Story and Songs

3. The Forgotten Carols: A Christmas Story and Songs

4. The Forgotten Carols: A Christmas Story and Songs Michael McLean