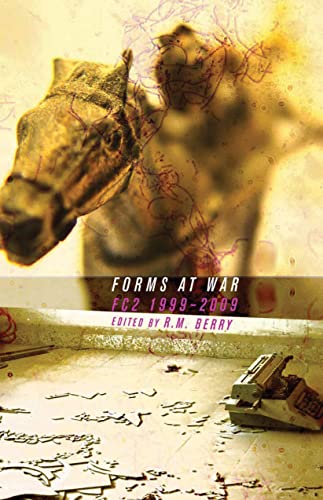 Forms at War: FC2 1999-2009 collects twenty-three experimental prose works published by Fiction Collective Two during the last decade. Together they contest the false present of the Bush years, continuing the political and aesthetic struggle that gave birth to modernism’s dream of form. These fictions—by Kim Addonizio, Diane Williams, Michael Martone, Brian Evenson, and nineteen others, first published by FC2 between 1999 and 2009—all locate America, not in the neverland of free-trade or the lost Eden of cultural homogeneity, but through the truer landscape of language. Kate Bernheimer’s portents, Lidia Yuknavitch’s embodied medium, Steve Tomasula’s engagement of the letter, all refuse the nowhere of Bush-speak; each insists on itself here and now. In these works the vendettas of post–9/11 confront a limit. Their counter-history, not of narratives, but of forms, brings to the surface what our ceaseless violence has repressed, an alienation so widespread it feels like second-nature. Forms at War brings back what never went away. Its writing is the work we are.

R. M. Berry is the author of Plane Geometry and Other Affairs of the Heart, Leonardo’s Horse, Dictionary of Modern Anguish, and most recently the novel Frank. He is the coeditor of Fiction’s Present: Situating Contemporary Narrative Innovation. The former publisher of FC2, he is currently Chair of the English Department at Florida State University.