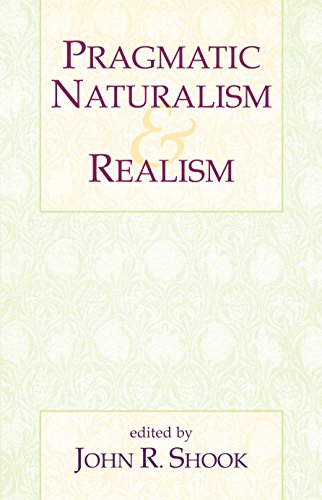 Pragmatism, the philosophy native to America, has once again grown to prominence in philosophical debate around the world. Today, the type of pragmatism that is proving to be of greatest value for fostering discussions with other worldviews is pragmatic naturalism. The fourteen provocative essays in this original collection are all by philosophers who describe themselves as pragmatic naturalists and who are active in the present-day revival of American pragmatism.Pragmatic naturalism, like all varieties of pragmatism, steers clear of the extreme intellectualism too often found in philosophy. Pragmatic naturalism stresses that genuine inquiry must be conducted in a consistently empirical manner and be responsive to real human problems. It also contends that the sciences and their methodologies are superior to other modes of inquiry into the human environment. Despite the curious fact that pragmatism is often taken to be opposed to realism, the essays in this volume assert the interdependence of pragmatism with some type of realistic metaphysical stance. As such they advance the debates over the question of realism by uncovering and investigating the deepest assumptions running through recent Anglo-American philosophy.This excellent collection of high-quality essays on a resurgent school of American philosophy will be of interest to philosophers as well as scholars in the natural and social sciences.

John R. Shook is the author of The Essential William James, Dewey's Empirical Theory of Knowledge and Reality, and Pragmatism: An Annotated Bibliography, 1898-1940. He is also the editor of Exuberant Skepticism by Paul Kurtz; Pragmatic Naturalism and Realism; Dewey's Enduring Impact: Essays on America's Philosopher (with Paul Kurtz); The Future of Naturalism (with Paul Kurtz); and F. C. S. Schiller on Pragmatism and Humanism: Selected Writings, 1891–1939 (with Hugh McDonald), among other works. He is the director of education and a senior research fellow at the Center for Inquiry and a research associate in philosophy at the University at Buffalo.

"For those interested in understanding the philosophical depth of the naturalist world view, these essays are valuable reading." -- Free Inquiry, December 2003/January 2004