Items related to Cold War Submarines: The Design and Construction of...

Cold War Submarines: The Design and Construction of U.S. and Soviet Submarines, 1945-2001 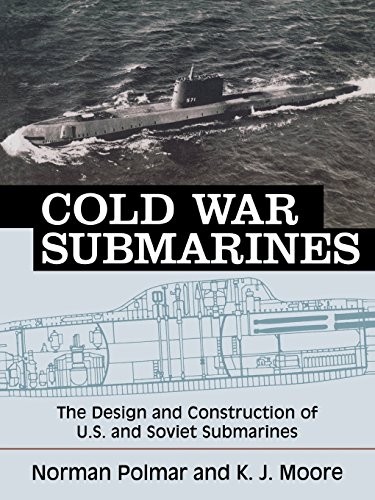 Submarines had a vital, if often unheralded, role in the superpower navies during the Cold War. Their crews carried out intelligence-collection operations, sought out and stood ready to destroy opposing submarines, and, from the early 1960s, threatened missile attacks on their adversary’s homeland, providing in many respects the most survivable nuclear deterrent of the Cold War. For both East and West, the modern submarine originated in German U-boat designs obtained at the end of World War II. Although enjoying a similar technology base, by the 1990s the superpowers had created submarine fleets of radically different designs and capabilities. Written in collaboration with the former Soviet submarine design bureaus, Norman Polmar and K. J. Moore authoritatively demonstrate in this landmark study how differing submarine missions, antisubmarine priorities, levels of technical competence, and approaches to submarine design organizations and management caused the divergence.

Norman Polmar is a leading expert on naval and aviation matters. An internationally known analyst, consultant, and award-winning author, Polmar has written more than 40 books, including, with K. J. Moore, Cold War Submarines: The Design and Construction of U.S. and Soviet Submarines (Brassey’s, ISBN 1-57488-594-4) and Historic Naval Aircraft: From the Pages of Naval History Magazine (Brassey’s, ISBN 1-57488-572-3). He is a columnist for the U.S. Naval Institute's Proceedings and Naval History magazines. Polmar lives in the Washington, DC, area.

“Polmar and Moore have produced an excellent history of the American and Soviet submarine forces that is both well-written and musters effective evidence to support its arguments...an excellent work for those interested in American and Soviet submarines, and it will be a valuable resource for amateur and academic historians alike for many years to come.”
"A compelling reference material and chronology of submarine designs as well as a look at the radically different approaches of the two competing superpowers."

"Outlining the evolution of the modern submarine in meticulous detail, Cold War Submarines is a serious reference for naval historians and a tribute to sub crews, designers, and builders. . . . The detailed research, personal interviews, and excerpts from declassified reports give the reader great insights into the contrasting ideologies and disparate political-economic systems that drove both navies in the Cold War."

1. Cold War Submarines: The Design and Construction of U.S. and Soviet Submarines (Paperback or Softback)

7. Cold War Submarines: The Design and Construction of U.S. and Soviet Submarines (Paperback)

Book Description Paperback. Condition: New. Paperback. Submarines had a vital, if often unheralded, role in the superpower navies during the Cold War. Their crews carried out intelligence-collection operations, sought out and stood ready to de.Shipping may be from multiple locations in the US or from the UK, depending on stock availability. 407 pages. 1.134. Seller Inventory # 9781574885309