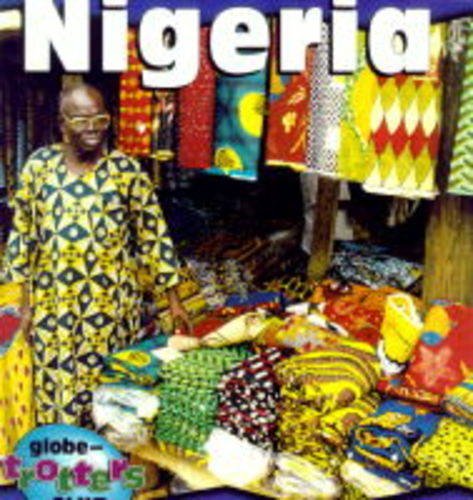 An overview of Nigeria emphasizing its culutural aspects

Grade 2-4-Informal, chatty texts give somewhat superficial overviews of the cultures and history of these two countries. Nigeria offers some insight into the various tribes living there, and India provides a good look at the religions in that country. However, both titles are filled with broad generalizations. Nigerians like to "dress up," "go to the movies," and have "tons of drums." Indians are "crazy" about cricket and "On a Saturday afternoon with nothing to do, most people in India would go to the movies." Attempts at humor that tend to distract from the factual information include superfluous comments such as "Splash!," and "Picture this!" Misleading comments such as comparing an Indian family's habit of sleeping outside on hot nights to a slumber party, and the observation of Holi, a Hindu festival honoring the passing of winter, as a kind of water fight, could be construed as a flippant attitude toward other cultures, as could some chapter headings: "Dig In!," "Holy Rivers!," "Shop 'Til You Drop!," and "Kicking Back." There is a lot of useful information in these attractively formatted titles, and the colorful illustrations are lively and interesting. It's too bad there are so many shortcomings.
Eunice Weech, M. L. King Elementary School, Urbana, IL
Copyright 1999 Reed Business Information, Inc.

Shipping: US$ 10.50
From United Kingdom to U.S.A.
Destination, rates & speeds